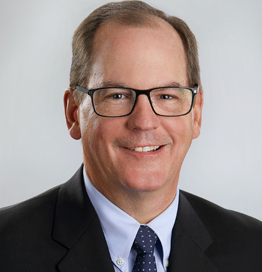 Robert "Bob" Willig is a passionate business leader with a demonstrated track record driving financial and operational performance, turnaround leadership, lean implementation and new business development accomplishments over a broad range of businesses in the Americas, Europe and Asia. Willig has extensive global experience and has led teams across multiple cultures, regions and disciplines. He has served as a director on numerous boards in North America, Japan, Korea and China, and has directed several acquisition teams through diligence, acquisition and integration. Willig most recently served as president, Control Devices for Stoneridge Inc. He fully restructured the business, focusing on value creation and growth within the emerging autonomous and electrified vehicle segments. As the president and CEO of Plasan Carbon Composites, Willig reorganized this high-technology business to grow with lightweight solutions for key automotive customers. As president, GKN Driveline Americas, he led significant, profitable growth while driving investment efficiency and operational excellence. Willig opened five new facilities supporting the expansion of technical capabilities, new product introduction and an optimized manufacturing footprint. During his three-plus years as president of GKN Sinter Metals Americas, Willig delivered significant improvement in profit, cash and overall customer satisfaction while growing at more than twice the market. He guided a strong focus on cost management actions and a comprehensive preventative maintenance program, allowing improvements in OEE, machine utilization and reduced capital costs. Prior to GKN, Willig held increasingly senior leadership roles at Tomkins Plc. (Gates Corp.) including as president, power transmission and president, automotive. He is also the former president of Stackpole International, a North American-based supplier of powder metal components and engineered pump assemblies. Willig earned his bachelor’s degree in mechanical engineering from Lawrence Technological University and MBA from Wayne State University. SME Member Since 2020 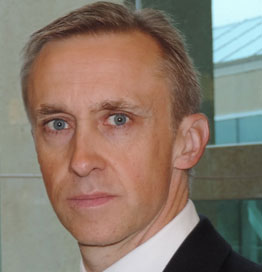 Craig Connop joined SME in July 2019 as its chief financial officer, bringing more than 25 years of experience in financial management within the manufacturing industry to his new role. Most recently, Connop served as the vice president of finance at Stoneridge Control Devices, a Tier 1 automotive supplier with more than $500M in annual operations. Previously, Connop was the CFO and vice president of finance and IT at GKN Driveline Americas and the vice president of finance, purchasing and IT at GKN Sinter Metals, Americas. He began his career with a British engineering company, Delta PLC (now part of Eaton Corp.) and successfully moved from its graduate training program into higher-level finance positions. With his multidisciplinary experience, including purchasing, operations and risk management alongside more traditional finance and IT roles, Connop works very effectively cross-culturally and in a wide variety of organizational structures. He holds a bachelor’s degree in accountancy from the University of Central England in Birmingham and qualified as a chartered management accountant in 1999. SME Member Since 2019 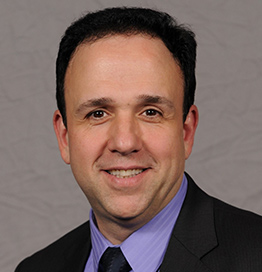 Steve Prahalis joined SME in October 2003 and currently serves as the chief operating officer overseeing SME’s three business units including SME Media, Tooling U-SME and Events. Prahalis will also oversee SME’s business development initiatives and will continue to lead Canadian Operations and SME Studios. Previously, he was the director of Business Development and Innovation. In his current role, Prahalis will be charged with driving greater efficiency and ensuring stronger strategic execution across the organization. Upon joining SME, he was responsible for the introduction of several key strategic initiatives, including the creation and launch of imX — the Interactive Manufacturing Experience. Previously, Prahalis was president of Reed Exhibitions Canada, a leading producer of trade shows and events serving a variety of markets coast to coast. He also served in various positions at Key3Media, including director of strategic alliances, general manager of Canadian events and vice president of the International division. Prahalis is a member of the International Association of Expositions and Events, has served as chair on its Executive Task Force and has received CAEM’s Lifetime Achievement award. He earned a bachelor’s degree in commerce from Concordia University. SME Member Since 2007 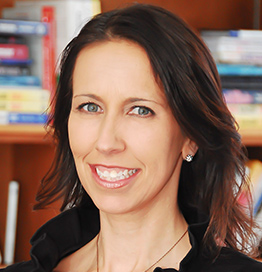 Jeannine Kunz is the chief workforce development officer at SME, including the leadership responsibility for Tooling U-SME, the learning and development arm of SME, a nonprofit dedicated to strengthening the manufacturing industry. There, she leads a team dedicated to the ongoing education and training of the workforce. A recognized expert in the field of learning and development, Kunz is at the forefront of workforce management issues, providing forward-thinking learning and development solutions for companies, academia and individuals. She is deeply knowledgeable about the challenges facing the manufacturing workforce and provides guidance on best practices for designing, developing and implementing performance-based development strategies in today's advanced manufacturing environments. Her work directly addresses industry dynamics related to people's knowledge and skills in manufacturing. Under Kunz's direction, Tooling U-SME is an innovative pioneer in 21st-century learning, from online classes and virtual reality labs to traditional instructor-led training. Additionally, the organization has developed and implemented competency-based occupational apprenticeship programs, several of which have been endorsed by the Department of Labor and is a nationally recognized certifying body in manufacturing for over 50 years. Under Kunz’s leadership, Tooling U-SME launched the first-ever aerospace engineering apprenticeship, and partnered with the Robert C. Byrd Institute, America Makes, the National Coalition of Advanced Technology Centers and AST2 to co-develop the first industry-vetted and U.S. Department of Labor approved framework for a new 3D-printing technician apprenticeship. Kunz served on the executive committee of America Makes and is a board member for the National Coalition of Career Development, chair for the National Defense Industrial Association’s Manufacturing Workforce Committee and sits on the Manufacturing USA’s Advanced Robotics for Manufacturing’s Education & Workforce Advisory Committee. She is also a founding member of the Skilled Trades Coalition, a consortium of over 20 leaders from associations that collaborate to improve awareness and perceptions of skilled trades. In 2020, Kunz joined the industry advisory committee for Clemson University’s THINKER graduate program funded by the National Science Foundation, and in 2022, she was newly appointed as board member for the Manufacturing Technology Deployment Group. “Crain's Detroit Business” recognized Kunz’s work when the publication selected her as one of its 2018 Notable Women in Manufacturing – in Michigan as well as one of its 2019 Notable Women in Education. A keen industry observer and insider, Kunz is frequently asked to provide insights and perspectives on manufacturing and learning and development at conferences, events and caucuses across the country. She serves on several industry advisory boards and offers her expertise on the manufacturing sector as a regular contributor, appearing over the years in CNBC news, IndustryWeek, Training Magazine, "Chicago Tribune," NPR Marketplace, The Fabricator and many other media outlets. She has testified before a Congressional House Subcommittee on manufacturing workforce and apprenticeship and most recently testified for a House Committee focused on the critical supply chain for the Department of Defense. Kunz earned a bachelor’s degree in business and marketing with a concentration in economics from Eastern Michigan University in Ypsilanti, Michigan. She has served on EMU's Alumni Board and the Pittsburgh State University College of Technology Board of Directors.SME Member Since 2008 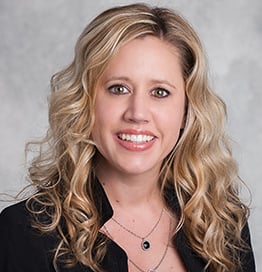 Kathleen Borgula joined SME in 2000 and currently serves as the vice president of Human Resources. In this role, Borgula is responsible for leadership coaching, staffing, employee relations, compensation, benefits and payroll, as well as statutory and legal compliance for all SME employees and businesses across three locations. Prior to joining SME, Borgula was a technical recruiter at Acro Service Corporation. Borgula earned a bachelor’s degree in human resources management from Michigan State University, as well as a master’s degree in management and a master’s degree in business administration from Walsh College. SME Member Since 2020 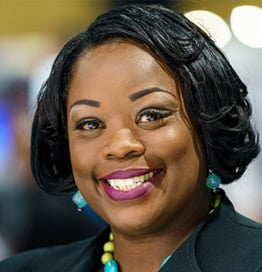 Sheronda L. Carr is the senior director of membership for SME. Carr comes to SME from the National Association of Home Builders where she spent 16 years, most recently as executive director of customized member services. While at NAHB, she was responsible for providing strategic management of products and services to support specific disciplines within the construction industry and had member service oversight to all the organization’s membership councils, consisting of six professional networks and hundreds of local chapters nationally. Prior to NAHB, Carr directed marketing and business development for engineering firm Legion Design Campbell & Associates where she organized new and existing marketing initiatives, developed marketing resources and expanded relationships with government agencies and minority business enterprises. Carr holds a bachelor’s degree in mass communications from Bowie State University and an MBA from Strayer University. 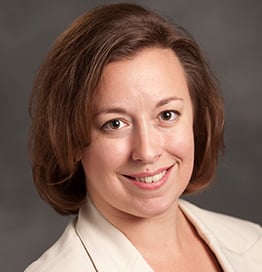 Erica Ciupak joined SME in August 2013 as the vice president of Information Technology. Ciupak has been in strategic technology roles in many industries, including higher education, engineering services, healthcare and manufacturing. She is also involved in many community and industry organizations, including the Michigan Council of Women in Technology, Detroit Yacht Club and Pewabic Pottery. Ciupak has a bachelor’s degree in Business Economics and Public Policy from Indiana University. 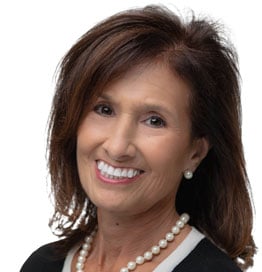 Debbie Clark joined SME in 1978 and currently is the director of Governance. In this role, she works directly with the SME and SME Education Foundation Officers and Board of Directors. In addition to the board activities, Clark is the staff lead for the Past Presidents Committee, Officer Nominating Committee, Director and Member Council Nominating Committee, Awards & Recognition Committee and the Constitution and Bylaws Committee. As a longtime SME employee, Clark has held various roles with experience in all areas of SME — membership, events, certification and communications. Outside of SME, Clark is serving a four-year term on the Huron Township Local Development Finance Authority Board. SME Member Since 2019 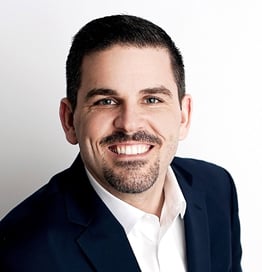 Rob Luce is the vice president of the SME Education Foundation. In this role, he is responsible for oversight and direction of all development and partnership efforts, scholarship administration and development and educational outreach via the SME PRIME Schools initiative. Prior to joining the SME Education Foundation in January 2019, Luce was executive director of The Detroit Region Aerotropolis Development Corp., where he was responsible for the strategic development and day-to-day operations of the organization. Luce also formerly served as the director of MICHauto and Automotive Retention & Growth at the Detroit Regional Chamber, where he worked to market the state’s automotive assets, advocate the industry’s interests in Lansing, recruit automotive and next-generation mobility investment into Michigan, and create opportunities for automotive companies to augment their talent pipeline. Prior to joining the chamber, Luce was a legislative aide in the Michigan State Senate and served as fundraising director for a State Senate Campaign. He has also worked in government relations and as an executive mortgage banker at Quicken Loans. Luce holds degrees from Eastern Michigan University and Adrian College as well as certificates in public budget management and local government management. SME Member Since 2019 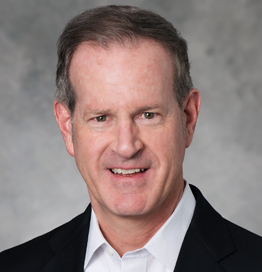 Dave O’Neil joined SME in December 2014 as vice president of Media. In this role, he is responsible for managing and developing SME Media’s print and digital media products. Prior to joining SME, O’Neil was group publisher of the Life & Health Insurance Group for Summit Professional Networks. There, he successfully launched several new electronic and lead generation products. O’Neil also served as chief executive officer of CK Media LLC from 2006 through 2009. As the CEO of CK Media, he successfully built one of the leading multiplatform businesses in the enthusiast media sector. From 1998 to 2006, O’Neil was the vice president/group publisher of the Primedia Crafts Division. During his term at Primedia, O’Neil built and managed the fastest growing division within the company delivering double-digit revenue and profitability growth. He has a bachelor’s degree in economics from the University of Illinois. SME Member Since 2021

The SME Board of Directors is elected by the entire voting membership of SME. It is made up of industry and academic leaders whose diverse backgrounds represent years of experience from a wide array of manufacturing disciplines.
Meet the Board

The Member Council is responsible for assisting SME in recognizing and meeting the needs of its membership in a rapidly changing environment, building on the long-term SME strategic goals, strengthening local activities and formulating recommendations relative to SME membership recruitment, retention and engagement.
Meet the Member Council