The United States was once the world’s manufacturing powerhouse, but during the COVID-19 pandemic we were unable to produce the critical personal protection equipment (PPE) essential for combating the crisis.

In the mid to late 1940s, the nation produced half of the world’s manufacturing output, much higher than the 28 percent that the world’s factory, China, produces today. Currently, at least half of what we consume in the United States is imported, with major supply chain gaps such as PPE, computers, cell phones, apparel and rare earth minerals.

After World War II, U.S. dominance was based on a huge buildup for the war and on other industrial countries having their production capabilities destroyed in the war. However, the nation’s trade surplus declined to zero by 1979. The U.S. sacrificed its manufacturing economy initially to help the rest of the world recover from the war and then to help low-income nations achieve democracy and middle-class status by exporting to the U.S. on preferred terms. Unlike competitor countries, we failed to establish an industrial policy. In fact, we have effectively had a deindustrialization policy, consistently taking actions that undermined U.S. manufacturing. As a result, we have experienced increasing goods trade deficits since 1979, recently averaging about $800 billion per year.

(Under FCA, the seller delivers the export cleared goods to the carrier at the named and defined location mentioned in the contract. From this point, buyer takes responsibility. Under FOB, the seller delivers goods on board the vessel at its own cost. The buyer is responsible for the rest of expenses and risk of on carriage to final destination.)

In other words, the U.S. has not been competitive, so companies sourced offshore to meet consumer and industrial demand for low-priced goods. Fortunately, however, a positive localization trend since 2010 indicates an increasing rate of reshoring by U.S. companies and foreign direct investment (FDI) by foreign companies, peaking at 190,000 jobs per year in 2017.

This positive trend has been driven by rising Chinese wages, U.S. automation and lean efforts, and companies rethinking their sourcing metrics by using total cost of ownership (TCO) instead of FOB or FCA price or landed cost. A landed cost is the total charge associated with getting a shipment to its destination.

The TCO Estimator offered by the Reshoring Initiative is a free online tool that helps companies account for all relevant factors—overhead, balance sheet, risks, corporate strategy, and other external and internal business considerations—to determine the true total cost of ownership. Using this information, companies can better evaluate sourcing, identify alternatives and even make a case when selling against offshore competitors.

Universal use of TCO alone would gradually reshore 20 to 30 percent of what is now imported. This positive trend has been strong enough to offset continued offshoring and thus stop the trade deficit’s growth but not reduce it. If the U.S. manufacturing industry eliminated the trade deficit, it would result in a 40 percent increase in manufacturing, engaging five million more manufacturing employees.

The U.S. needs to double the rate of reshoring and FDI to achieve the goal in 20 to 30 years. The biggest obstacle is the need to increase the skilled and unskilled manufacturing workforce. However, some experts are predicting shortfalls of two million or more workers due to weak recruiting, and relatively high rates of retirement. Achieving the goal will take decades. 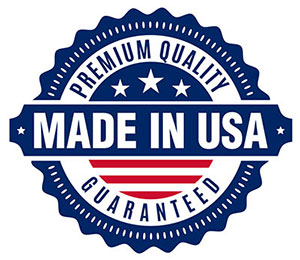 All segments of U.S. society need to reengage:

Consumers must seek out and demand products that are made in the U.S.

Educators need to encourage STEM studies and programs that prepare young people for careers in advanced manufacturing, one that requires high-tech skills, such as programming, engineering, and digital competencies. They should also work closely with local manufacturers to develop needed skills.

Contract manufacturers need to use TCO as a sales tool to compete with imports while investing in workforce and automation.

Technology suppliers should identify products they make that can make U.S. manufacturers competitive and sell more by helping customers reshore.

The U.S. government needs to implement an aggressive industrial policy; maintain immediate expensing of capital investments; shift promotional efforts and resources from producing liberal arts graduates (consistently about 25 percent of these graduates hold jobs that do not require a university degree) to apprenticeships and engineers; lower the value of the U.S. dollar moderately; implement a value added tax (VAT); and drive innovation and require that the innovative products are produced in the U.S.

I would encourage U.S. manufacturers to see if reshoring makes economic sense. If you have already reshored, let us know. We will consider your case for a future Manufacturing Engineering article. To help you start on reshoring, the Reshoring Initiative provides a broad range of tools and services to implement many of the above actions. Our tools and data can help OEMs make better sourcing decisions and contract manufacturers sell against imports.

Editor’s Note: For more information, contact Harry Moser at 847-867-1144, or by email at harry.moser@reshorenow.org.