The global aerospace and defense (A&D) business landscape is undergoing significant disruption driven by a keen focus on innovation and digital transformation, and geopolitical situations. Despite some future uncertainty, demand for commercial aerospace and defense in 2018 finished with a continued, upbeat industry outlook. Both the commercial and defense sectors witnessed robust growth—a rare market situation as these markets have historically and empirically known to be counter-cyclical.

The growth of commercial aerospace is primarily being driven by the increasing number of passengers, which in turn is leading to expansion initiatives. A Deloitte research estimates the commercial aircraft order backlog to be at its peak standing at more than 14,000 orders, with about 38,000 aircraft expected to be produced globally in the next two decades. Growth in the defense sector is being driven by rising geopolitical tensions, natural recapitalization cycles, greater high/low mix of assets, focus on aligning solutions to local requirements, and the increased demand for affordable, off-the-shelf equipment. Additionally, the recent recovery in defense budgets of major economies is expected to push the growth of the defense industry in the next year and beyond.

Given this background and from the perspective of manufacturers, suppliers, and technology experts, the A&D industry is likely to experience the following five trends for the next several months, at least: 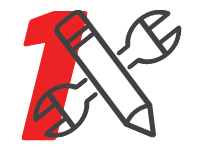 In the past five years, the APAC region has seen nations undertaking comprehensive reassessments of their defense strategies and resources. There is a growing network of commercial research, design, production, and operational support by defense equipment manufacturers in the region as governments work toward building a local industrial base for both economic reasons and greater security amidst stressed geopolitical conditions.

A large part of the increased traffic and spend in the commercial aerospace segment stems from greater traffic demands in the APAC region. This has led to an increase in demand for airplane deliveries. Boeing forecast the need for 42,730 new jets to accommodate the growing passenger traffic and upcoming aircraft retirements. APAC leads the way here with 40% of the demand accounting for 16,930 deliveries—this makes for a service market of $3,365 billion.

The A&D industry has been active in responding to this increased demand, and local talent in the APAC region now plays an essential role in the development of better aircraft and defense equipment. The maintenance, repair, and overhaul (MRO) market has grown in Asian countries owing to a labor-intensive market. Airbus predicted that MRO solutions would increase at a yearly rate of 4.5% in the region as compared to 3.7% worldwide.

While the high growth being experienced in the Asia-Pacific region—especially China, India, Japan, and the Middle East—is not new, in the next year, we will see industry players increasingly deepening their engagement with the regional supply chain. The old models of driving engagement exclusively from a centralized or regionalized location will transform to industry players working closely with the Asia-Pacific supply chain to provide value-for-money products that fit in with their specific needs rather than a repurpose of equipment meant for other markets. 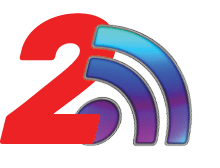 Standing at a meager 4.1%, the A&D sector has one of the lowest innovation intensity percentages (the percentage of sales earmarked for R&D). With new technologies including robotics/autonomous systems, artificial intelligence, additive manufacturing, and sensor technologies taking center stage, the industry will see an increased push toward the adoption of digital innovation.

However, the A&D digital innovation strategy will follow a disciplined approach where trusted partners will be sought to develop low-risk solutions that balance the inherent complexity of new technology adoption with the need to increase capability at the lowest possible costs.

One of the significant challenges to innovation in the A&D sector is that the industry is not rewarded for internal R&D as much as more consumer-oriented markets. With a much smaller customer base (relatively speaking), high-risk investments do not always pay off as there are fewer potential end users, and gaining scale is often a challenge.

Digital transformation is one such area. Despite efforts to more closely adopt commercial technologies and standards into the sector, the process is slow and use cases are still limited. While there is a massive opportunity over the next several years, the near-term focus will be on developing the right technologies and finding test cases to prove a scalable concept.

The focus for the next year will incline further toward artificial intelligence (AI), augmented and virtual reality (AR/VR), data analytics, advanced sensors, and IoT.

Data analytics is most likely to emerge as the most important “digital” solution for the next year for the end-user community as the use case is proven, implementation costs are relatively low, and the amount of data being created by the industry is overwhelming.

More capital-intensive solutions such as AI, AR/VR, and other tools will take more time to scale as the technologies and use cases continue to develop and mature.

However, from an internal process perspective, we will see greater growth in the digital domain as there is less risk involved in adoption.

In the next year, we will see significant investment in the concept of connected factories. This is closely tied to the broader trend of Industry 4.0, which is pushing ever-increasing automation onto the shop floor. With the drive to continue to lower production and total ownership costs, the ability to link manufacturing centers and make processes and tools more efficient will push the adoption of “connected” technologies within manufacturing centers, driven using IoT solutions and “cyber-physical systems.”

While end-users in the air and on the battlefield may seek greater innovations, the nature of the industry will force a more risk-averse strategy and slow adoption of technologies that are taking off in other markets. That said, one area that will see early adoption is on the factory floor with cost and efficiency providing a significant competitive advantage, as the industry seeks to do more with less.

Closely aligned with the desire for innovation is the constant need by the sector for ongoing improvements in reducing the size, weight, and power, plus cost (SWaP-C). This is critical to ensuring that legacy equipment last longer and minimizing the need to purchase new platforms, which are significantly more expensive. In the next year, we will see a continued drive to design and deliver specialized aerospace and defense equipment with the SWaP-C concept. This will result in a continued focus on COTS/MOTS (commercial off-the-shelf/modified off-the-shelf) solutions combined with innovative design.

SWaP-C is relevant across the ISR and electronics capability spectrum—from radar and EO/IR to communications and avionics to electronic warfare systems. SWaP-C design allows smaller platforms to carry more advanced systems and sensors at lower costs. In the past, large and expensive platforms were the only way you could carry advanced sensors and equipment. Now we are seeing a greater capability being delivered by smaller systems. For example, small-unmanned vehicles can now carry advanced radar and imagery equipment, which a decade ago required large manned aircraft.

Product modernization entails an understanding and management of existing product limitations, prioritizing upgrades, and handling end-user issues with units already in use. The equipment and design upgrades in the A&D industry will be based on analysis of alternatives, engineering change management and configuration control, availability of right parts from the OEMs, critical safety reviews, and adherence to regulatory compliance. It has also opened the market to new entrants who can focus on less bespoke systems with slightly less capability, but provide more value for money, especially in markets outside the US where costs are a key driver.

The demand for more fuel-efficient aircraft along with the need to bring down both the acquisition cost and the total ownership cost will drive demand for electric aircraft. The end goal of an AEA is still many years away from scaled production due to challenges in power density, efficiency, safety, and environmental sustainability.

That said, in the next year, we will see a greater move toward the concept of MEA. MEA is a more incremental approach that takes components and systems available today and integrates these technologies into the current aircraft fleets. More technically feasible, such as the deployment of electro-hydrostatic actuators (EHAs), the shift toward MEA will bring a reduction in operating costs, fuel burn, and environmental impact.

Even as existing propulsion technologies for aircraft continue to be rooted in the consumption of fossil fuels, we will see increased use of electric systems and components in the near term.
The transformation is expected in two categories: (1) MEA that enables the utilization of electric power for all non-propulsive systems, and (2) Electrically-Powered Aircraft. To reduce weight and enhance reliability, the hydraulic and pneumatic systems used in actuation and air conditioning are already being replaced by electric solutions. Today, a Boeing 787 can generate ~1,000 kVA for onboard systems, which is significantly higher than older models. The power storage capacity has also improved.

While the overall adoption is slow and specific, there is greater acceptance of electric solutions in defense. For example, the F-35 can now produce ~400 kVA, and this is set to increase as more sensors are integrated into the aircraft platform.

The shift toward a fully electric powered aircraft is underway and is being driven across the value chain, which is also attracting new suppliers that are competing with more traditional firms. There are numerous design projects with some form of electric propulsion at their core under development. These will cover a range of aircraft from urban air mobility vehicles to small jets and commercial airliners. With electrification, the A&D industry can unlock significant improvements through aircraft weight reduction, fuel consumption efficiency, control on life-cycle costs, better maintainability, and more reliability.

Not since the 1990s have we seen such a large focus on consolidation that we are seeing today. This cycle is being fueled by rising cost pressures, the need to access new technologies and proof of concepts, emerging global opportunities and threats, and stakeholders’ demand for value.

There has been significant M&A activity in the A&D industry, especially in the past two years. Deal valuation has remained high for quality acquisitions, and that will likely continue, mainly due to pressure from OEMs on suppliers to reduce costs and increase production rates—possible only with a consolidation of fragmented supplier bases. Furthermore, large organizations will continue to acquire small to mid-sized players, with the main thrust on increasing their R&D interests in new technologies.

History has shown that first movers in any industry consolidation gain the highest returns on investment. This is largely a result of fortune favoring the bold. First movers typically take the best assets off the market, while followers need to add capability and scale to match, but tend to overpay for lesser assets to maintain that competitive position. Last year, we saw a rash of first movers, but there are still plenty of “good” deals that can get done in the next several monoths, but at still strong multiples.

Without a doubt, the immediate challenge for the commercial aerospace industry is to deliver on the order backlogs that continue to be at record levels. Similarly, the defense industry is adapting to a change in global demand that seeks greater capability for lesser costs. The evolving trends and technologies will bring transformation and opportunities, but will also present new challenges. Industry must adapt to these shifts in demand, technology, and requirements, while at the same time managing costs and an increasing focus on ownership of more of the supply chain through both organic and inorganic investments.

Today’s evolving market dynamics call for an ecosystem of suppliers who are in sync with the technological developments impacting the A&D sector. Strategic repositioning and engagement with trusted partners to take part in these new trends and overcome new challenges will be critical to optimize market share, become more competitive, and fill internal capability gaps while at the same time address new markets and opportunities.