When Kencoa Aerospace began its operations 20 years ago, it was a small company focused on defense applications. But, according to Troy Boston, engineering manager for the company’s U.S.-based operations, the company also progressed into commercial aerospace over the last six years and considers itself very diverse in terms of the parts it can machine for well-known clients, such as Boeing, Lockheed Martin and Gulf Stream. 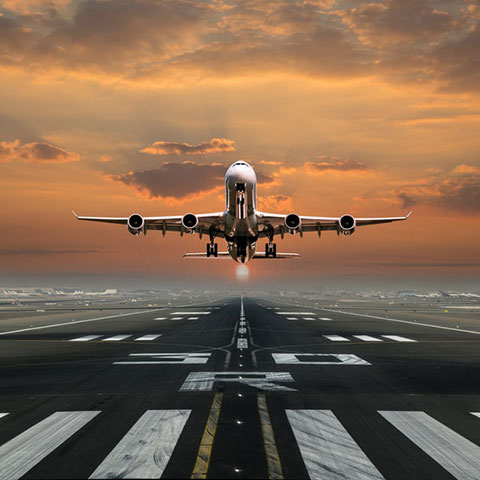 “We machine anything from plastics, stainless steel, titanium, all the way up to Inconel,” Boston said. He explained that the part sizes the firm creates can range from the size of a quarter to 20-feet long. The majority of these parts are internal structural components for aircraft and can range anywhere from wing components to cargo floor skins.

To create the parts needed for these defense and commercial aerospace clients, Kencoa turned to Mastercam CAD/CAM software, from CNC Software, for its machining solutions.

Kencoa’s 40,000 square-foot facility, based in Eastman, Ga., employs 20 machinists, and of these, five are full-time programmers.

Boston explained that the programmers have been trained through various methods, making each one valuable in a different way.

Some have had formal programming training and classes, while others were formerly machine operators in their shop and worked their way to programmer. This prior experience helps as they can understand the machining side of the job. “We’ve been able to bring them in, and give them on-the-job training plus Mastercam tutorials, either online or print.”

The software allows these programmers to work on challenging orders including those with specifications that require holding close tolerances where their true position is 0.001 or a diameter that is +/– 0.0003˝ to 0.0010.˝ When presented with any manufacturing challenges, the software has helped with so many issues that it is hard for Boston to choose just one benefit it provides.

“What has impressed me over the last several years has been the OptiRough toolpath and how it has progressed and how easy it is to use. You can basically set the size of your stock, and even for a large hog-out, within a few minutes you can have a very good roughing program to be able to remove large amounts of material without a lot of programming time.”

This was a time-consuming process that required quite a bit of geometry creation and many separate toolpaths. OptiRough toolpaths use Dynamic Motion but in a more precise way. The cut uses the entire flute length of the tool, but a small percentage of the tool’s diameter on the first cut, followed by several successive shorter cuts that bring the part into the net shape desired.

“Now, with the OptiRough program, you can select a part, select your stock, pick a tool, and it’s almost cheating to be honest, because it makes it so easy,” Boston said.

It’s not just the toolpaths that have increased their efficiency. Some particular parts, like those created for Spirit Aerosystems, are now much faster to make.

“A model can come in from the customer through CATIA (Read/Write for Mastercam translator, MoldPlus SA) and it can be saved and opened into Mastercam. With one particular part, we were able to bring in the forging models and use that as stock, which cuts down on some of the roughing, how many roughing toolpaths are needed, or how much motion that it creates by having that stock model.”

For this Spirit Aerosystems part, the company used the OptiRough toolpaths, 2D Dynamic toolpaths, and then the traditional finish contour toolpaths. Then the majority of the material was removed with solid carbide end mills.

“To do a rough and finish operation was around an hour and half total time, but years ago it would have been much more complicated and taken a much longer time to complete.”
Before using this software, the feed rates on the part would have been around 5- to 10-in/min, compared with the toolpaths that can now run up to 114-in/min.

This is only the tip of the iceberg in terms of how much time the software is saving Kencoa Aerospace.

When forgings come in from a customer that requires Inconel parts, and the program needs to be modified because the forging is actually larger than anticipated, the company can modify the program and be up and running within a day and a half, sometimes less.

“Just recently, we had three or four new parts come in and some of them were actually up and running in a couple of days. So, our turnaround time has been only a couple of days from the time we receive the order to when we have a first-article part.”

Not all lead times can be this fast due to the complex nature of some of their clients and the parts they require. Some aircraft parts have a four- to five-week lead time, while parts for NASA and the International Space Station can be an 18- to 24-week lead depending on processing. Another variable is that some of these parts must go through a stringent cleaning process and must be in air-tight, sealed containers when they leave the Kencoa shop.

Some of the most complex parts are thin-walled, tight-tolerance components that require 5-axis machining to remove significant amounts of material. Geometries and specifications depend on the customer’s needs, but recently the team has been able to machine some of the parts in just one operation, taking that part from a solid block of material to a finished part.

“Adding in the deburr passes has been one of the best additions to the software that we’ve had in a long time because every one of the parts has to be deburred before they go out to the customer for processing. For us to be able to put a 0.007˝ to 0.010˝ edge break of all of the edges inside of Mastercam has been a big improvement. Plus, it’s easier for the operators. They can take a part out of the machine and it’s ready. They do not have all the bench-top work as a secondary operation.”

One more time-saving feature Kencoa enjoys is the ability to work directly in the solid models imported from CATIA. Sometimes a part might be missing geometry or even missing a face on the solid. It could even be that the radius blend is not clean, or the radius itself could even be missing just due to the way the solid comes in.

“Now, through Mastercam, we have the capabilities to fix that solid and that is a big advantage when it comes to machining. We don’t have to go in and recreate the solid, we can just fix the existing solid and start machining from there,” Boston said.

The variation and complexity of the jobs that come in sometimes stump the machine shop team and there are times when they need to reach out to their Mastercam Reseller for additional training or help with a complex situation. 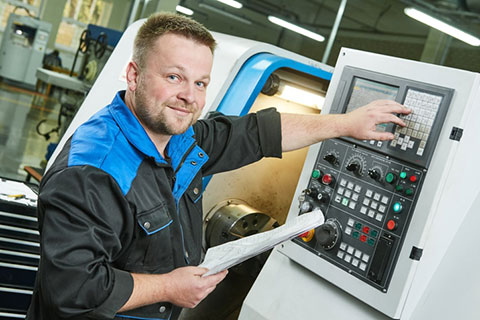 CAD/CAM Solutions offers training for any new programmers and even offers help on understanding how a new toolpath works or how to best apply it. For example, it was instrumental in helping Kencoa with the learning curve of a new Mastercam Lathe installation it purchased a few years ago.

“We can email our Reseller or call them, and even use the ZIP2GO function within the software, to be able to send files to them. They can view the files and see our machine definition and let us know exactly how the tools are responding in the program,” Boston said.

He emphasized that Kencoa chose this software for its compatibility with all of the machines in the shop.

Programmers rely on its Verify function, which allows them to see all fixtures, toolholders, and other parts on the machine. They can virtually run the program to ensure there will be no collisions or tool breakage during the machining process.  In addition to its production manufacturing, Kencoa Aerospace also offers prototyping services after creating door frames for Gulf Stream several years ago using one of its 5-axis vertical machining centers. The company created parts that were around 30-inches wide and 80-inches long.

The benefit of using the software for a project of this size was that the company didn’t have to build extra tooling for something it would likely never use again.
“We were able to cut in from both sides of the part and just break the part off by leaving small tabs. We were able to use the material as the fixture to make two completely different parts out of the one piece of material.”

The software offers a lot of options and, as Boston said, it’s not just for machining at Kencoa. “We can use it for fixture design, assembly, and many different things.”