The perception of the global automobile manufacturing landscape is of one on the verge of structural change, driven in the near term by battery-electric vehicles and Level 5 fully self-driving cars over a much longer time horizon. These technologies have the ability to change consumer behavior and force companies to alter business models up and down the supply chain—including the global automotive manufacturing footprint. 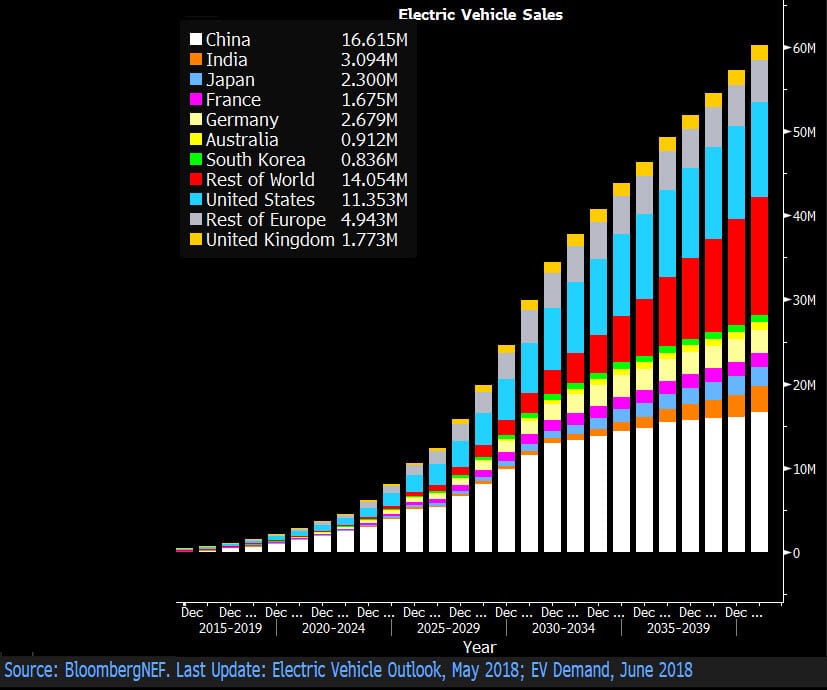 There are several angles being pitched to accelerate the shift—no pollution, no congestion, no casualties, no inconvenience, and all while pushing the average consumer’s cost per mile toward zero and in a future mobility utopia. The speculation/hype/hope is disconnected from the consumer demand reality of current market trends, and manufacturers are caught in the middle while they weigh the price of inactivity relative to investing in technologies that may not elevate above niche or produce ample return on capital.

These technologies are likely the future, though it is important to put these fast-developing realities into context by looking at where the industry is coming from in 2019 as it angles toward a potentially electrified, self-driving future.

For auto industry executives, analysts, journalists and enthusiasts, nary a day goes by when battery-electric vehicles (BEVs) are not the primary topic of conversation, debate or disagreement.

Be it Chinese BEV manufacturers capitalizing on government influence, European automakers looking for a new way forward after Volkswagen’s diesel emissions cheating scandal, or Tesla, a company that has managed three profitable quarters since 2009 and zero profitable years since its inception in 2003—investment capital is chasing these ideas.

Tesla’s market capitalization wafts near those of the largest global automakers—higher than Ford and Fiat Chrysler—even though Ford F-Series, Chevrolet Silverado and Ram Pickup each sold more units in the U.S. in 2018 than Tesla has sold combined, globally, in the entire history of the company. Investor bullishness around Tesla obviously assumes great technology, growth and financial accomplishments in the future. Expectations are valuing the company as a nimble, innovative disruptor capable of running volume and margin circles around traditional automakers. The belief is that—as the world rushes to buy electric vehicles—Tesla will command Apple-like market share at Amazon-like gross margins.

There are pockets of strong demand for BEVs, much of which is still motivated by government incentives, at risk of reversal when or if that external support is eliminated.

For the full year 2018, BEVs represented 1.5 percent of total unit sales globally. China—the world’s largest by volume at over 28 million units—accounted for 61 percent of all battery electrics sold globally and 2.8 percent of the 28 million passenger vehicles sold within the country.

Of the top 10 largest BEV markets, only Norway, France and the United Kingdom posted volume growth below 40 percent in 2018, while four of the 10 countries more than doubled electric vehicle sales. The 122 percent increase in the U.S. was driven by Tesla Model 3 reaching production scale and a year-end delivery push ahead of a $3,700 reduction in federal tax credit on Jan. 1.

Post-rush U.S. unit sales of Model 3 (combined January and February 2019) fell 72 percent compared to the November and December total, more than any other nameplate in the entry luxury car segment, creating an interesting data point regarding the impact of expiring tax incentives of BEV demand. The other question in the U.S. is scope, as combined BEV unit sales excluding Tesla declined 16 percent in 2018.

The slow adoption is the result of automakers evaluating and trying to quantify the potential size and sustainability of the global BEV market. Based on the crisis-level equity valuations of legacy automakers, it appears that investors are interpreting inactivity on electrification as an inability to compete—or even keep pace with—the disruptors. A BEV market that struggles—or takes a long time—to reach 5 percent of the global market is unlikely to generate much furor for all but the largest automakers willing to—or forced to—fight for a share.

The equation basically weighs the cost and investment of fighting for 5 million units globally in a technology that has yet to prove sustainably profitable—or focus on securing some of the other 95 million with products for which costs are amortized and demand is proven. As the segment share numbers of electric vehicles increases—perhaps to 54 percent of unit sales by 2040 as Bloomberg New Energy Finance forecasts—the economics of the technology bend in favor of profitability and draw in more companies.

One clear road marker signaling the commitment to new drivetrain technology will be investment in BEV production capacity by legacy automakers. The unique tooling and supplier base for BEVs will help quantify the intensity of the intention to move to the new tech.

Volkswagen Group took a baby-step, announcing plans to create a factory within a factory in Zuffenhausen, Germany, to produce the Porsche Taycan in the same plant where 911 and 718 Cayman and Boxster are assembled. The company took it a step further with an announcement it would convert its Zwickau and then Emden and Hanover plants to electric-vehicle production for 2022.

Meanwhile, General Motors said five of its plants in North America have no products allocated for them. Rather than use some of the idled capacity to commit to plug-in hybrid or battery electric vehicle assembly—technologies the company has had for years in Chevrolet Volt and Bolt EV—GM is waiting to negotiate closings with the UAW during 2019 contract negotiations. The talks are scheduled to start this summer.

Despite the seemingly obvious environmental and cost benefits of plugging in, light-truck sales—which are almost all internal combustion—are accelerating. In the U.S. light truck sales as a percentage of total were 68.3 percent in 2018, a 380-basis point move in a record year for electric-vehicle sales—and began 2019 inching above 69 percent with the most intense truck-demand months still to come—for depreciation accounting reasons—at the end of the year.

The trend is not unique to the U.S. due to its relatively low gasoline prices. In Germany, the two largest segments by volume have flip-flopped positions, with SUVs breaking above compact cars in 2018. BEV unit sales increased 60 percent in Germany in 2018—compared to 88 percent globally—even as the sales mix of diesel-engined vehicles declined to 32 percent after remaining above 45 percent as recently as 2016.

Automakers will eventually combine the most popular light-truck body architectures—including pickups—with battery electric drivetrains when and if the business economics make sense. The Rivian R1T all-electric pickup was a hit at the 2018 Los Angeles auto show and compounded interest in Detroit in January 2019, begging questions as to why Ford or General Motors or Fiat Chrysler’s Ram aren’t the first to break EV pickup truck ground. As F-150, Silverado/Sierra and Ram 1500 are the best-selling nameplates for those automakers, the risk of consumer demand for EV pickups approximating that of the internal combustion versions—and doing so at an operating loss on each vehicle—would be devastating to the income statement.

The General Motors-built Chevrolet Bolt EV and the Nissan Leaf have been derided for lacking the styling, features and capabilities of comparably priced Tesla Model 3s. A lack of advertising commitment and marketing money along with a slow national rollout that started in California, indicate that GM was trying to avoid racking up losses and burning cash by selling too many of the BEVs. Instead the nameplate served as a development, design, engineering, production, finance exercise that will enable GM to package the tech into more sellable nameplates when the economics turn profitable.

Legacy automakers building or converting factories to BEV capacity for use in compact crossovers and full-size pickup trucks—the two largest segments in the U.S. by volume—will be the clearest signs that the pluggable drivetrain technology is sustainable. At the moment, those initiatives are stuck in neutral.