The U.S. Energy Information Administration’s (EIA) Annual Energy Outlook 2018 (AEO2018), which includes its Reference case and a number of sensitivity cases, shows continued development of the U.S. shale and tight oil and gas resources paired with modest energy consumption growth, leading to the U.S. to transition from a net energy importer to a net energy exporter across most cases examined in AEO2018. 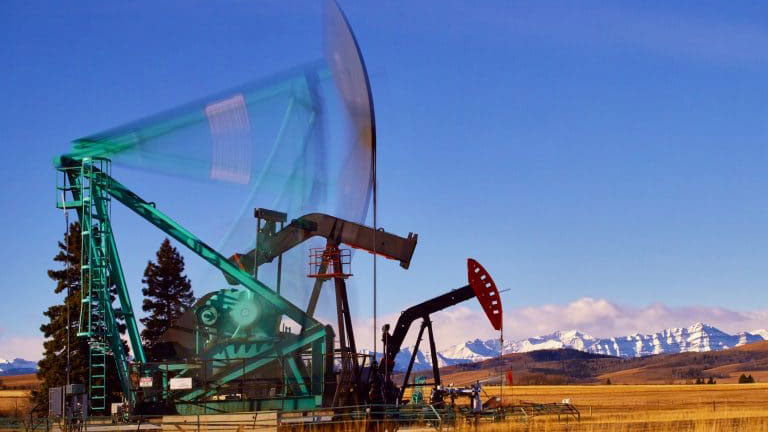 “The United States energy system continues to undergo an incredible transformation,” said EIA Administrator Linda Capuano. “This is most obvious when one considers that the AEO shows the United States becoming a net exporter of energy during the projection period in the Reference case and in most of the sensitivity cases as well—a very different set of expectations than we imagined even five or 10 years ago.”

The U.S. has been a net energy importer since 1953, but AEO2018 projects the U.S. will become a net energy exporter by 2022 in the Reference case. In the AEO2018 sensitivity cases that include assumptions supporting larger growth in oil and natural gas production or that have higher oil prices, this transition is projected to occur earlier.

In the High Oil and Gas Resource and Technology case, favorable geology and technological developments produce oil and natural gas at lower prices, supporting exports that increase over time. In the High Oil Price case, before 2040, economic conditions are favorable for oil producers, support higher levels of exports, but lower domestic consumption. After 2040, exports decline because of the lack of substantial improvements in technology and production moves to less productive regions.

The AEO2018 presents updated projections for U.S. energy markets through 2050 based on seven cases (Reference, Low and High Economic Growth, Low and High Oil Price, Low and High Oil and Gas Resource and Technology). The AEO2018 Reference case, which incorporates only existing laws and policies, is not intended to be a most probable prediction of the future. The alternative cases incorporate different key assumptions, reflecting market, technology, resource and policy uncertainties that may affect future energy markets.

Oil prices are driven by global market balances primarily influenced by factors external to the National Energy Modeling System (NEMS) model. The price of Brent crude, in 2017 dollars, reaches $229 per barrel by 2050 in the High Oil Price case, compared with $114/b in the Reference case and $52/b in the Low Oil Price case.

In the High Oil and Gas Resource and Technology case, lower costs and higher resource availability than in the Reference case allow for higher production at lower prices. In the Low Oil and Gas Resource and Technology case, assumptions of lower resources and higher costs are applied. The effects of the economic assumptions on energy consumption are addressed in the High and Low Economic Growth cases, assuming compound annual growth rates for U.S. gross domestic product of 2.6% and 1.5%, respectively, from 2017–50, compared with 2.0%/year growth in the Reference case.

Cases assuming the Clean Power Plan are implemented show how the presence of that policy could affect energy markets and emissions compared with the Reference, resource, economic and oil price cases.

Natural Gas, Renewables Grow the Most

Also, in the power sector, natural gas consumption increases as a result of the scheduled expiration of renewables tax credits in the mid-2020s. A combination of reductions in technology costs and implementation of policies that encourage the use of renewables at the state level, such as renewable portfolio standards, and at the federal level, production and investment tax credits, drives down the costs of renewables technologies—wind and solar photovoltaic—supporting their expanded adoption.

Wind and solar generation leads the growth in renewables generation throughout the projection, accounting for 64% of the total electric generation growth in the Reference case through 2050. With a continued, but reduced tax credit, and declining capital costs, solar capacity continues to grow throughout the projection period, while tax credits that phase out for plants entering service through 2024 provide incentives for new wind capacity in the near term.

Assumptions about the size of U.S. resources and improvement in technology affect domestic oil and natural gas prices, but global market conditions play a significant role in oil price projections. In real terms, crude oil prices in 2016 (based on the global benchmark North Sea Brent) were at their lowest level since 2004, and natural gas prices, based on the domestic benchmark Henry Hub, were the lowest since before 1990. These prices increased modestly in 2017, and this trend continues over the projection period in all cases except the High Oil and Gas Resource and Technology case.

Natural gas prices are sensitive to domestic resource and technology assumptions explored in the alternative cases. Across all cases, to satisfy the growing demand for natural gas, production expands into more expensive-to-produce areas, putting upward pressure on production costs and prices.

Crude oil prices in the Reference case are projected to rise at a faster rate in the near term than in the long term because of weak near-term investment coupled with strong demand. At the same time, domestic and export market demand growth drives an increase in natural gas prices at the U.S. benchmark Henry Hub in the Reference case, despite technological advances supporting production.

Projections of tight oil and shale gas production are uncertain because large portions of the known formations have little or no production history, plus extraction technologies and practices continue to evolve. Continued high rates of drilling technology improvement could increase well productivity and reduce drilling, completion and production costs.

EO2018 incorporates updates on changes in legislation and regulations and includes a set of sensitivity and scenario cases with browser tables and spreadsheets for all cases, including the Low Oil and Gas Resource and Technology case, High and Low Economic Growth cases, and cases assuming the Clean Power Plan is implemented showing how the presence of that policy could affect the energy markets. All projections from the AEO2018 Reference and Alternative cases are available at www.eia.gov/outlooks/aeo.