One theory I came up with years ago, backed by absolutely no evidence, is that automation and robotics will eventually be so extensive that none of us will have to leave our houses. We will eventually sit around all day, grow roots, and evolve back into the plant life we came from millions of years ago.

Apparently, we’re half way there. According to a recent article on MarketWatch.com, “Half of All Jobs Can Today Be Automated—and Within 50 Years, All of Them Can Be,” by Anna Kook, it is no longer in question whether all jobs will eventually be automated. The only real question is when that automation will happen and which sectors of the economy and society will see it happen first.

“Today, it would be possible to automate 50% of all work activities, and by about 2060, we’ll definitely be capable in physical possibility to have reached 100%,” said Adair Turner, chairman of the Institute for New Economic Thinking, a New York City-based think tank, as quoted in the article. He foresees artificial intelligence (AI) as smart as humans and eventually “super intelligent” technology that will outperform human beings.

While Turner focuses on the societal aspect of this issue, it’s interesting to speculate what this means for manufacturing, which has already embraced a high level of automation. 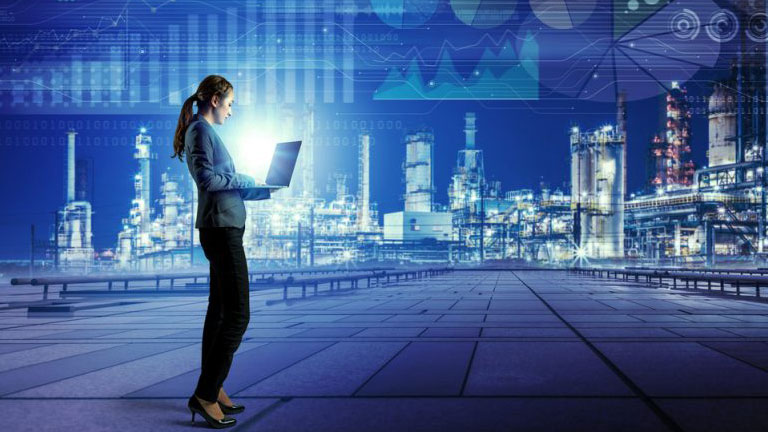 As we all have heard many times, there is a shortage of manufacturing workers in the US, and companies are trying many ways to recruit, retrain, and retain workers. But how long with this skills gap last? Will automation and robotics eventually decrease the number of manufacturing jobs held by humans to a minimum? Will the jobs that are left involve anything other than monitoring computers? It’s an interesting question that can’t be answered today, but the trend does seem to lean toward fewer workers requiring fewer manual skills.

Consider this from the International Monetary Fund’s April World Economic Outlook: “The declining share of manufacturing jobs in overall employment has been a concern for policymakers and the broader public alike in both advanced economies and some developing economies. This concern stems from the widely held belief that manufacturing plays a unique role as a catalyst for productivity growth and income convergence and a source of well-paid jobs for less-skilled workers.”

However, the article said, the shift to more service jobs is inevitable, and not necessarily bad: “A shift in employment from manufacturing to services need not hinder economy-wide productivity growth and the prospects for developing economies to gain ground toward advanced-economy income levels.”