Makers of equipment to produce gears are highlighting new technology 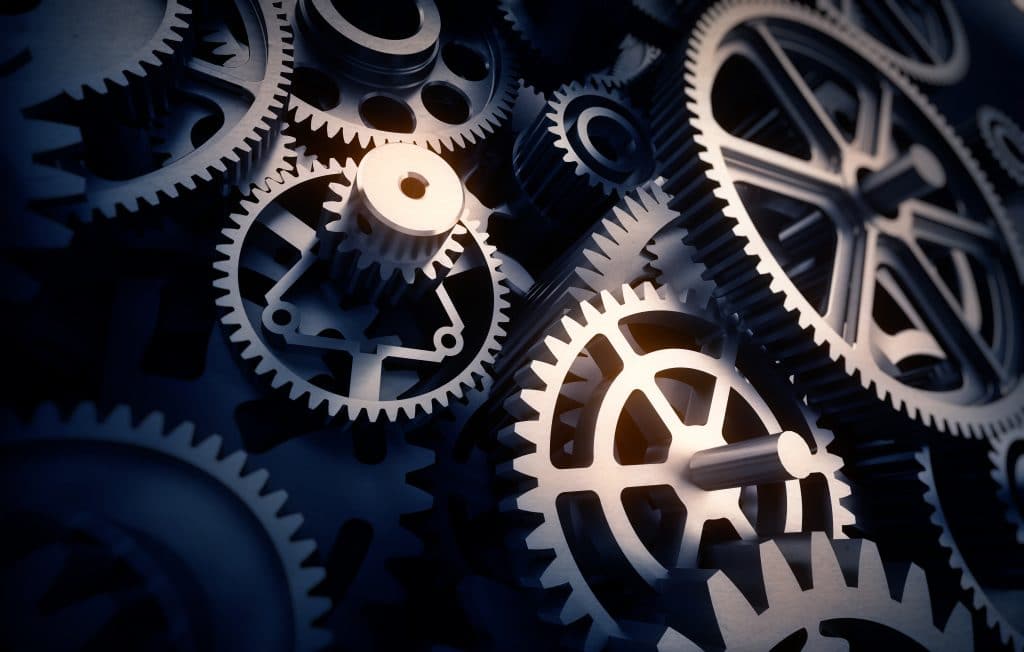 Makers of machine tools used to produce gears are looking to the 2018 edition of IMTS to demonstrate how they’re meeting customer demands.

The demands are plenty. Customers want quieter and lighter gears. The auto industry wants to strip weight throughout vehicles as it tries to make cars and trucks more fuel efficient.

“Customers are looking for the gear machinery to either make gears at the fastest speed of the current technology at a high-quality level, or for large gears, provide value-added operations such as turning, drilling, milling, inspections and other operations TBD by the customers,” said Scott Knoy, vice president of sales for German Machine Tools of America (GMTA; Ann Arbor, MI).

“Flexibility, speed and quality are what the customers are looking for and demanding,” he continued. “As technology advances, the companies that are nimble and can introduce new ideas into the market will be the winners. The times of the fast followers are gone and the innovators will be rewarded as the changes will come so fast that new systems and technologies will become commonplace almost as quickly as new software/hardware items.”

One factor in raising customer expectations is Industry 4.0. That refers to a variety of technologies that generate, collect and analyze data from “connected” machines on the factory floor.
“Industry 4.0 is an issue,” said Kirk Stewart, director of sales for EMAG LLC (Farmington Hills, MI). “Customers want to be informed about EMAG technology apps and which benefits these may bring. Often customers would like to have machines that are Industry 4.0-ready, although nobody has a detailed idea of what I 4.0 is really about.”

And, of course, automation continues to increase.

As a result, different companies have product features they plan to emphasize at IMTS.

“Scudding, introduced in 2006 by Profilator at EMO, was a development to this point focused on the cutting of the gear in the green, or soft condition,” said GMTA’s Knoy. “For the past year and a half, we have developed the ‘hard scudding’ process” which re-cuts “parts in the hardened condition. Part of this development has resulted in our machines being able to perform soft and hard scudding operations on the same machine.”

GMTA plans to show a new scudding technology. “Profilator is micro-finishing the gears by use of an abrasive tool,” Knoy said. “We call this ‘micro-finishing’ via scudding. The result of this process is a better gear in terms of class and in terms of surface finish along the tooth flanks. Our target is on the future development of eDrive and noise sensitive transmission designs in the automotive, heavy truck, construction and agriculture businesses.”

The company also is emphasizing gear honing technology. “In conjunction with Prawema, we are testing fine finishing using a type of polishing honing process. This is aimed at the eDrive and noise-sensitive applications,” Knoy said. “Two benefits of honing, as most know, are that the process increases the residual stresses in the tooth flanks, making gears more resistant to micro-pitting and, as we all know, a honed gear is a quiet gear.

“The tests are continuing and we feel that this technology will have many future applications,” he added. “However, we also think that the same result can be achieved using a hybrid honing technology” that “takes only a fraction of the time required for a full polish honing cycle.”

At EMAG, “We have developed a new horizontal gear hobber with outstanding performance factors,” Stewart said. “We nowadays offer machines with a shifting range of 220 mm that allows us to reduce total cost as we may use longer hobs than anyone else in the past. Moreover, this machine is equipped with an on-board roll chamfering unit with which we can apply a new machining strategy for transmission shafts: first cut, roll chamfering, second cut. The result is a chamfered gear 100% secondary burr-free in the gear.”

Star SU plans to display the new NXT Tool Grinder at IMTS, which Goodfellow said is “designed with big machine capabilities and small machine footprint.” According to the company, it has fewer moving parts than other machines and a small footprint but with a large grind zone and the ability to run small- and large-diameter wheels.

Liebherr said at IMTS it “will demonstrate its gear-skiving process on its LK series machines based on the tried-and-tested components of the corresponding large hobbing machines but equipped with greater rigidity and more powerful spindles.

“A gear-skiving machine requires a table with a direct drive owing to the high workpiece speeds required. This drive works with an automatic control that constantly has the optimal parameters,” according to Liebherr. “The complex clamping fixture, which links the workpiece and the machine, is designed by Liebherr.”

For the exhibitors, there’s also strategy involved. IMTS isn’t just any trade show. It takes over all of Chicago’s McCormick Place. And it’s only held every other year. As a result, companies must carefully plan how to take advantage of it.

“Our expectation is that we will see our best customers and that we want to show new technology, not just more of the same,” said GMTA’s Knoy. “It is our aim to aggressively meet the market and provide uncommon solutions to our customers.

“IMTS as always is an important arena to show off the new technologies,” he continued. “Ideas that were unrealistic two years ago may be possible today with the advent of some of the newer technologies being exhibited. Large signage, technical experts on site and an inviting booth atmosphere are designed for our success at IMTS.”

EMAG says its expansion is reflected by a larger presence at IMTS.

“Since 2014, EMAG’s modular standard products (VLs and VTs) have allowed for entrance into a much more broad customer base,” Stewart said. “With the modular standard products, we are more competitive with price and delivery, while maintaining the technical design of the machine. As such, we have grown our footprint at IMTS, which allows us to display more machines than we’ve done historically.”

IMTS, he said, “continues to be the benchmark tradeshow to show off our goods to an enormous unknown group of potential customers.”

Star SU is looking to IMTS as a way to connect to a new generation of customers.

“With millennials in mind, there is more of a struggle to have a new, younger generation of decision makers come to the show to add to their knowledge of what they have already learned online,” Goodfellow said. “Having face-to-face meetings to discuss projects, build familiarity with one another, and allow us to visit them in their facilities are all extremely important. As a whole, we still need to convince our customers that the IMTS show is a networking opportunity.”

To stand out at IMTS, Goodfellow said, “We are trying to generate more personal contact to attract visitors to the show to create more one-on-one, face-to-face discussions on the machinery, as well as presentation materials. This is especially true of our visitors who are coming to educate themselves and make key buying decisions.”

Manufacturing Engineering’s IMTS Gear Generation Pavilion coverage continues in the August Digital Issue. Click here to see more products that will be showcased in this pavilion.