Years ago, when I worked in New York City, I bought a Sony Walkman for my daily commute. It was cutting edge technology and I was an early adopter. I imagined that I looked pretty cool, listening to tunes I organized myself on a mix tape. Fast forward to today, where music is everywhere, on every conceivable device. The wall of CDs in my home office, which once impressed people, is obsolete. I can find all but a handful of them on my Apple Music account, which costs less per month than one of my CDs.

As our cover story on page 49 points out, multiple industries are rethinking product design and manufacturing as AM takes hold, and annual growth in machine unit sales averaged 49% for the years 2013 through 2016, according to the Wohlers Report. Likewise, Jeff DeGrange of Impossible Objects Inc. points out in his SME Speaks column on page 15 that aerospace companies, which once used AM only for short-run production parts, is scaling it to high-value production.

Also, training and development of a new AM workforce is taking place, as Ilene Wolff notes in her column on page 10. She explains how, in the near absence of academic programs to teach AM to undergraduate engineering students, Morf3D has stepped in with internships, having trained close to 20 students since 2014.

But AM is not the only emerging technology making noise in today’s market. On page 58, Bruce Morey looks at the latest combination of vision systems and robotics. He reveals how advances in vision-guided robotics are making robotic automation more pervasive than ever before, and how artificial intelligence may guide the next generation of products. 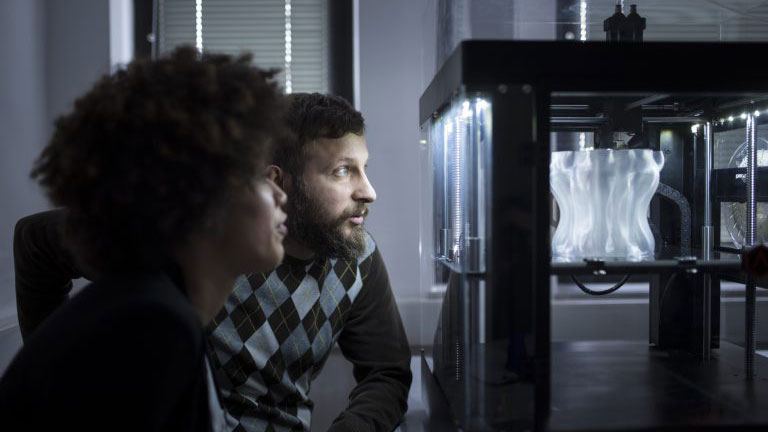 Another intriguing aspect of emerging technologies is how they dovetail with existing tech. In his feature on page 66, Jim Lorincz explores the latest iterations of hybrid AM/subtractive machining, and how they can finish an AM-built part in one setup faster than ever before.

Also, “old technology” stalwarts such as tooling and workholding have joined the party, as sensor-based control of machine tools and cutting tools is moving from the drawing board to mainstream, according to a feature by Bob Puhr on page 72.

As we try to wrap our heads around these and many other developments, newer ones are looming just over the horizon, waiting for a chance to supplant today’s technology with the latest and greatest. Anybody want to buy an old mix tape?