ACME, MI — An executive of automotive supplier Faurecia (Nanterre, France) said the company is succeeding with its Industry 4.0 efforts and is looking forward future advancements.

“The benefits do outweigh the challenges,” David DeGraaf, president of Faurecia Clean Mobility North America, said in a speech at the annual Management Briefing Seminars held near the resort city of Traverse City, MI.

Faurecia opened a new $64 million plant in Columbus, IN, with production beginning early this year. The factory produces anti-pollution systems for engine maker Cummins Inc., which is also based in Columbus.

Faurecia decided to use the new Columbus South plant as a laboratory for Industry 4.0 technology. Such tech enables machines to communicate with each other and operators to make adjustments with smartphones. The company intends to adapt processes at Columbus South at its other factories. 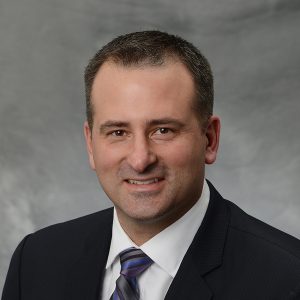 “We know it will have a profound impact on manufacturing,” DeGraaf said of Industry 4.0.

DeGraaf one of one of the first speakers at the annual event, organized by the Center for Automotive Research (Ann Arbor, MI).

Industry 4.0 technology can be used to conduct preventative maintenance and anticipate when machines will fail. The idea is to minimize down time and boost efficiency.

At Columbus South, DeGraaf said, “We have learned a lot of valuable lessons.” For example, he said, “you have hundreds of vendors involved” but “not everything plays nice together.” As a result, he said, Industry 4.0 requires intensive planning.

The executive also predicted the technology will advance quickly.

“We need to manage what Industry 5.0 will look like,” DeGraaf said.