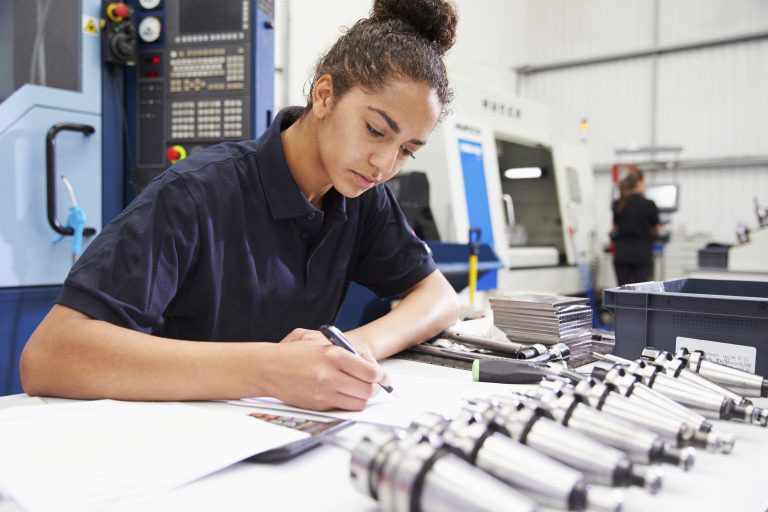 CHICAGO, Oct. 24, 2016 (GLOBE NEWSWIRE) — The Society of Women Engineers’ (SWE) newest study reveals specific gender and racial biases faced within the engineering profession, and unearths a wealth of first-hand information about how implicit bias plays out in engineering. Implicit or unconscious bias can have a negative impact on the workplace climate, affecting decisions in hiring, promotions, and compensation. Climate Control: Gender and Racial Bias in Engineering focused on four basic patterns of bias. Nearly one-third of respondents to the study offered comments, many of which provided examples of bias they’ve experienced first-hand. The results of the study suggest that workplace climate is tougher for women and people of color as compared with white men.

“The most surprising thing about the study was the flood of comments we received at the end of the survey,” said Joan C. Williams, Distinguished Professor of law at the University of California, Hastings College of Law and Founding Director of the Center for WorkLife Law. “Our findings confirmed decades of research and allowed us to examine whether what’s been reported in social psychology labs goes on in actual workplaces. Often it does.”

More than 3,000 professionals with at least two years’ experience as engineers or engineering technicians completed the survey. Respondents were asked questions relating to four basic patterns of implicit bias: Prove-It-Again, Tightrope, Maternal Wall and Tug of War. Questions were also asked to gain insight into implicit bias in hiring, promotions, performance evaluations, access to networking and mentoring and compensation. Comparisons were made by comparing the answers of women and engineers of color with those of white men.

Among the respondents, women and people of color were more likely than white men to report that they felt they needed to prove themselves more to get the same levels of respect and recognition as their colleagues. In addition, white men were more likely than women and people of color to report that they could behave assertively in the workplace without pushback.

“I raised my voice during a meeting and I was reprimanded for getting emotional. But two male leaders…get into a yelling match in the same meeting and it’s no big deal,” explained a Latina woman survey respondent.

The survey found that women and engineers of color were more likely than white men to report doing more “office housework” such as finding a time everyone can meet, taking notes and planning office parties.

“Just last year they hired a new female and one of the managers was telling me how happy they were about hiring her because she really clean(s) up after the guys and keeps the lab tidy,” said a white woman survey respondent.

Women and people of color also reported less access to desirable assignments and that they had more trouble gaining access to formal and informal networking opportunities than their white male colleagues.

“My colleagues assume I am a slacker because I have children, even when I come in evenings or weekends to make up time that I have to miss due to my children,” explained an African American woman survey respondent.

Some of the other topics covered within the survey included thoughts on the fairness of performance evaluations and access to advancement opportunities and promotions. Overall, the data reveals that white men face fewer obstacles in the engineering workforce than women and people of color.

Climate Control: Gender and Racial Bias in Engineering follows a similar study conducted by SWE focusing on culture within the engineering workplace and differences between male and female personal and workplace priorities, including the gaps that are driving female attrition.

“Both of SWE’s recent studies on gender and racial bias and culture within the workplace confirm many of the insights we already know – women and people of color struggle to gain distinction within the engineering space which is very much still dominated by men,” said Karen Horting, CEO and executive director at SWE. “What we hope to achieve with this research is to encourage more dialogue on the topic of implicit bias and inspire and drive change in the engineering profession.”

The results of Climate Control: Gender and Racial Bias in Engineering, will be shared on Friday, Oct. 28, 2016 at SWE’s annual conference, WE16, during the first-ever event, State of Women in Engineering. The event will also cover results from other SWE research and basic data on women in engineering, gender bias, workplace culture and more. WE16 is expected to attract more than 10,000 women engineers for the conference and career fair at the Pennsylvania Convention Center Oct. 27-29 2016.

About SWE
The Society of Women Engineers (SWE), founded in 1950, is the world’s largest advocate and catalyst for change for women in engineering and technology. The not-for-profit educational and service organization is the driving force that establishes engineering as a highly desirable career aspiration for women. To ensure SWE members reach their full potential as engineers and leaders, the Society offers unique opportunities to network, provides professional development, shapes public policy and provides recognition for the life-changing contributions and achievements of women engineers. As a champion of diversity, SWE empowers women to succeed and advance in their personal and professional lives. For more information about the Society, please visit www.swe.org or call 312.596.5223.

About WLL
The Center for WorkLife Law (WLL), based at University of California, Hastings College of the Law, is a non-profit organization dedicated to measuring and documenting implicit bias in the workplace, with a focus on how bias differs depending on gender and race. WLL works with innovative companies to develop best practice Bias Interrupters, which seamlessly interrupt the transmission of bias in basic business systems (see https://hbr.org/2014/10/hacking-techs-diversity-problem to learn more about the Bias interrupters model). For more information about the Center, please visit https://worklifelaw.org/ or call 415.565.4640.