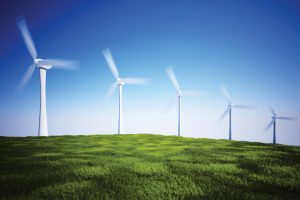 The energy industry outlook—particularly the fossil fuel industry—on the eve of 2017 is better than it was as the calendar page turned over to 2016. However, the threat of market volatility continues to exist because of politics, policy considerations, continuing (although declining) inventory gluts and the possibility of international turmoil and unexpected refinery outages.

As of this writing the cost of a barrel of oil is more than $20 higher than it was at the low point of 2016. That’s good news for producers, who have started putting rigs back into service—although at a cautious pace. The end-of-day price of West Texas Intermediate crude, a benchmark, was $49.94 on October 17. That’s significantly healthier than the sub-$27 closing price on Jan. 19, 2016.

Yet this has not brought great pain at the pump to drivers. According to AAA, despite the price of a barrel of the benchmark crude sitting at around $50, the national average price of gasoline was $2.238, only $0.35 per gallon more than at the January low point.

The cost of staying warm this winter will also show an increase over the previous year because, according to Energy Information Agency (EIA; an arm of the US Department of Energy), natural gas, heating oil, electricity, and propane will be more expensive. In its Short Term Energy Outlook issued in October, the EIA projects that expenditures for heating oil, propane, and natural gas will be 38%, 26%, and 22% higher than last winter, respectively, because of higher expected heating demand due to anticipated colder weather and higher fuel prices.

However, as with gasoline, these expenditures will be below the pain points they had reached during the previous 10 years.

OPEC Output Cuts in the Offing?

A factor in the increasing cost of fossil fuels is a plan by OPEC to reduce production. Member nations of the Organization of Petroleum Exporting Countries have talked about initiating such a plan for more than a year, but the desire for current cash flow from oil sales has led some members to vote against the delayed gratification that a production cut would bring. That attitude seems to be changing, according to a number of industry analysts interviewed recently by Reuters. OPEC members were scheduled to meet Nov. 30 to decide whether to cut back on production and, if so, by how much.

The market seems to believe that OPEC is serious about curbing production. 2017 oil futures were trading at $51 a barrel in late September/early October while 2018 futures were at better than $53. While not quite as bullish, the EIA is also encouraged that oil prices will stabilize around the $50 mark. Its 2017 forecast for West Texas Intermediate is pegged at $49.99 and it has Brent crude, the other benchmark, pegged at $50.99.

The analysts quoted by Reuters believe the recovery in output as measured by the rig count depends on the market stabilizing at that level. And an upswing in the rig count is imperative if the US industry is to recover. Here’s why:

From a record high of 1609 in October 2014 the US rig count plunged to a low of 316 in May 2016 following the drop in crude oil prices earlier in the year. The price collapse resulted in large part because of US shale producers adding to a global oil glut. As prices, output and rig count dropped, so did industry employment. Schlumberger alone saw a workforce reduction of tens of thousands of employees. Other oil service firms, refiners and oil producers also slashed their headcounts.

Oil Rigs Back on the Job

Between May’s low point and the end of September, oil rig numbers had grown nearly 30%. And that’s a double-edged sword.

Rising prices have drawn more producers into the market and not just US producers. Iran, according to Bloomberg, is looking to increase output as well. All of this helps to weaken the resolve of OPEC members to hold back on production. Simply stated, more rigs in operation mean more oil supply and the potential for higher inventories—and potentially lower prices.

And then there is this:

In 2015, for the first time in history, renewable energy installations outpaced fossil-fuel-based installations, according to the International Energy Agency (IEA; Paris). In its Medium-Term Renewable Energy Market Report released Oct. 25, 153 GW of renewable energy were added to the world’s energy generating resources in 2015. That figure amounts to 55% of newly installed capacity.

The agency also revised its forecast for the growth of renewables over the next five years. It estimates that renewables will make up 42% of the power on the grid by 2021. The IEA report also stated that it believes that the cost of renewable energy will drop as renewable technology becomes more efficient.

But even with this supplanting of fossil fuels, it is questionable if renewables are on pace to reach the targets set by the Paris Agreement in the time allotted, the IEA noted.

Thus in a report released earlier in October, the Energy Efficiency Market Report 2016, the IEA stressed that energy efficiency be considered as the “first fuel” (i.e., the first energy source to rely on in the future). In discussing the efficiency report, Brian Motherway, head of the IEA’s Energy Efficiency Division, called for increased regulation of energy generation and usage. He noted that only 30% of fuel use is subject to policy considerations, leaving the other 70% as the low-hanging fruit that should be harvested before new sources of energy are contemplated.