1) Not born in manufacturing

2) Garbage in, garbage in

The fact that blockchain is immutable is a blessing and a bane. 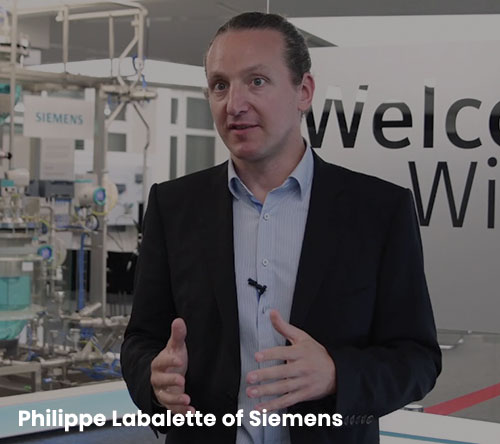 “The data quality is extremely important,” he said. “If bad data goes into blockchain, it will stay there forever. Imagine different scenarios: if a car is not providing the right data mileage… if a half-million-dollar compressor doesn’t provide the right hours of operation … that will have a cascading impact on value of the call and maintenance schedule, etc. If the data is not correct, then everything you do you do will be built on that incorrect foundation with bad decisions being made. You need to start with the right foundation. You need to ensure that data along the chain from multiple systems is accurate, not corrupted, not manipulated, and continuously monitored.”

Manufacturers should have a review process before writing data to blockchain, Perez said. “It will not eliminate all the errors, but hopefully will reduce them to a non-significant number.”

If someone steals your blockchain key and uses it to add false information, there is no way to regain access or fix the incorrect data, Siemens’ Philippe Labalette said.

Siemens is exploring “crypto signatures” to add another security layer to blockchain, he said.

3) Neither a ginormous parking garage nor a fast highway

“It’s not a database,” Steamchain’s Michael Cromheecke said. “You’re not going to store all your Netflix videos.

Blockchain is not intended to be a storage mechanism for large data sets but rather for critical data verification.”

Tamburini chimed in: “People trying to store a lot of data on blockchain are finding problems.”

In addition to being vetted, data should be screened for relevance before being written into blockchain, Perez said. “The attitude should not be, ‘Let’s write everything into blockchain.’ Writing things into blockchain costs money. It’s not free. There is a balance between brute force putting all information into blockchain and finding the minimal valuable set of data. Blockchain is not ‘let’s just stuff data in there’.”

Speed is not a blockchain use case or selling point either.

“The speed with which you can transact blockchain has historically been pretty slow compared with how you transact in manufacturing,” Deloitte Consulting’s Joe Fitzgerald said. “When you transact Bitcoin, it can take minutes for the transaction to clear. That can’t happen in high-volume manufacturing.”

Martin Ruskowski of the German Research Center for Artificial Intelligence noted that a public blockchain is naturally very slow.

“Everyone has to have all the information,” he said. “It’s not practical. Blockchain processes seven transactions per second worldwide. That’s not sufficient for real-time needs like in manufacturing. The public approach is not feasible for this. You have to keep it in the local environment.”

Sometimes, however, manufacturers don’t need fullstrength blockchain. Streamlining blockchain can make it faster: Call it blockchain lite, for some use cases.

“It’s still immutable, distributed, decentralized,” Perez said. “Using Multi-Chain in a permissioned-blockchain network, without smart contracts, was the right choice for this solution because it’s much faster and less costly. The consensus algorithm is very straightforward. You optimize the blockchain for performance.”

One data challenge now being addressed is off-chain storage and analytics, Tamburini said.

“Smart contracts cannot access external data without breaking the trust,” he said. “We are addressing that problem by allowing some code to run in the blockchain while maintaining the integrity of the blockchain.”

4) The middleman is still needed

One of the key advantages of blockchain is that it eliminates the need for a middleman— either a real person or software or technology—to verify transactions. But because there are numerous competing blockchain ledgers currently in play (including Hyperledger and Ethereum), middlemen are needed at least temporarily to integrate differing versions.

“There is an irony,” Fitzgerald acknowledged. “You have this ‘no middleman’ technology that now requires a middleman. But it’s a different kind of middleman. It takes the shape of a clearinghouse.”

“Blockchain can be set up where multiple parties can create multiple opportunities to interact with the data without having to conform to a system,” he said. “You’re not expecting everyone to align with a certain data management regime. The data is universal. There are ways deployed to ensure that the data remains objective, is transparent to parties that have access to it, and highly secure from those who don’t.”

Integrating blockchain into legacy systems and into companies that haven’t yet embraced the Industrial Internet of Things (IIoT) poses another challenge.

“We can’t say we will throw everything we have into the garbage and add blockchain,” Sysoft’s Sam Adhikari said. “We need to bring blockchain applications slowly into legacy systems.”

“Blockchain is a challenge for small manufacturers to set up, Ruskowski said. “What we see is the big companies will also be the platform providers. They are looking into it and they hope to be able to set up a platform like a modern bank or modern certification authority to be the interchange.”

“Users will need a subscription to Azure (Microsoft’s cloud computing platform) to get access to read and write to the blockchain,” Tamburini said. “Who pays for that subscription is a business decision just like what happens today when you need to read and write data to a database. It could be the big companies who own the whole supply chain, or a consortium where everyone pays a little bit or pays proportionally. There is nothing in the technology to dictate that.” 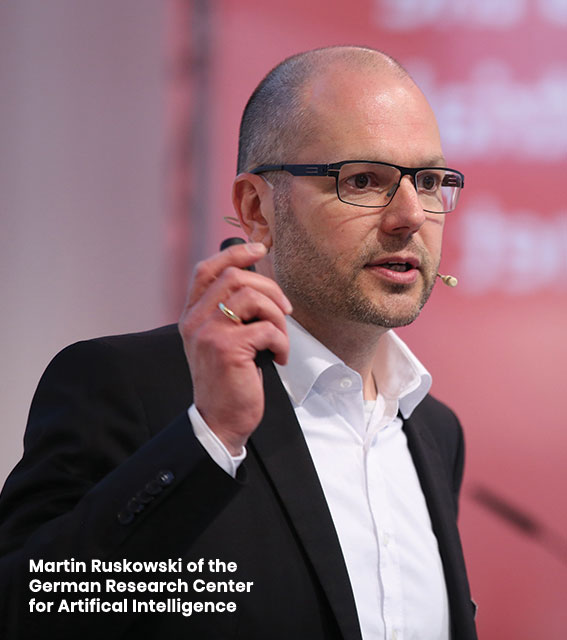 “The scalability issue we see with blockchain is we need very high computing power for public transactions,” Ruskowski said. “Blockchain is mainly feasible for small-size groups of participants interchanging data.” “That’s going to a business decision,” ITAMCO’s Joel Neidig said. “For example, currently, to be a Tier One supplier to a large OEM could cost a small company $100,000 to become compliant with the standards.”

“Some of these cases may emerge where the dominant player may need to pay to support their supply chain on the solution they prescribe,” Fitzgerald said.

When companies that are competing with each other are “all of a sudden connected in this distributed environment with the blockchain,” the idea of sharing information can be a show-stopper, SAP’s Hans Thalbauer said. “But more and more these days, they are willing to do that because people see the benefit.”

Broad adoption of blockchain tech in manufacturing is two or three years out, he said.

Eventually, standards bodies will create new standards for blockchain. The National Institute of Standards and Technology (NIST) is “leading the charge on that,” said Neidig, who is part of the NIST blockchain standards working group.

In the meantime, smaller groups within industries are agreeing to use certain versions of blockchain ledger and particular smart contracts programs, Tamburini said.

KPMG’s Arun Ghosh said some of these groups include the Trusted IoT Alliance and the Blockchain in Transportation Alliance (BiTA).

Along a supply chain, the dominant player would be the one to set up the servers and establish the blockchain to validate transactions, he said. “You naturally have the clearing house effect of who is controlling the integrity of the blockchain. Over time, that will shift to industry consortiums.”

“It’s hard to say which protocol is going to win the day,” Cromheecke said. “It’s not important which one does. Eventually, standards will emerge and certain technologies will win the day. That will be good and healthy.”