One IBM client that distributes beef products to restaurant chains loses 25% to 30% of its beef due to waste because certain criteria are not met during shipping, IBM’s Krishna Ratakonda said, declining to name the client.

“Without blockchain, there’s no way to trace that beef,” he said. “No one is paying attention to whether the beef is being routed properly because there is no reporting of the data. The only way to know the beef has expired is when it’s received at the distribution center, someone looks at it, sees the beef has expired and throws it out. There’s a pretty good incentive for this supplier because when there is wastage, he ‘eats’ the cost.” 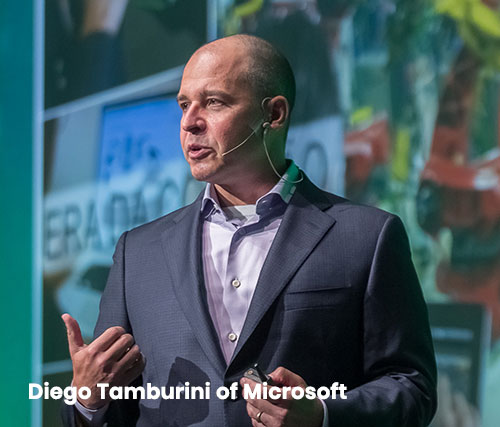 By using IoT sensors and RFID tags, manufacturers can verify temperature automatically at certain points and the data is automatically entered into the blockchain, Microsoft’s Diego Tamburini said. If the temperature rose or dropped out of spec during shipment, the wholesale customer would find out immediately and the shipment contract would be voided.

“If the supplier has blockchain, he can predict where and when issues are going to happen and take action early on. For example, if he knows there are 10 cases of beef and there’s no way they’re going to reach the end point in time (before the shipment is out of spec), he could divert that beef somewhere else so it could be used.”

Blockchain, again paired with smart sensors and other technology, also can help food and beverage companies validate that their subcontractors meet production conditions.

For example, if brewery A contracted with brewery B to make beer using brewery A’s recipe, brewery A could use blockchain to monitor and validate that brewery B followed the recipe, maintained temperature parameters and avoided fraudulent activity, Siemens’ Philippe Labalette said.

“This makes it possible in real time for the producer to see how his batch has been produced today,” he added.