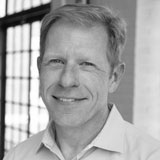 John Barnes is the Founder of Metal Powder Works and Managing Director of The Barnes Global Advisors, the leading consultancy in additive manufacturing. Previously, he was Vice President of Advanced Manufacturing & Strategy at Arconic Titanium & Engineered Products where he helped shape the R&D budget and activities across manufacturing operations and influenced future business. There he worked with Airbus to qualify the first Titanium additively manufactured parts for series production. Prior to Arconic, he was Director of the High-Performance Metal Industries Program for CSIRO, the national science agency for Australia where he oversaw the R&D and Commercialization activities and investments in the program’s two principal areas: Metal Production & Interface Design and Additive Manufacturing. His aerospace background includes lengthy positions at AlliedSignal (now Honeywell) Engines where he supported gas turbine Advanced Technology and was Program Manager of Marine Engines programs and as Senior Manager for Manufacturing Exploration and Development at Lockheed Martin Skunk Works. At Lockheed Martin, he was responsible for developments in advanced polymers, composites, carbon nano tubes, novel titanium production and processing, additive manufacturing of both polymer and metallic systems and low observable manufacturing methods. Primarily, John has a background in materials performance and processing relationships but has led groups to develop low emission combustors, advanced polymers, and low observable technology. John has 3 US patents, 5 International patents pending, has given numerous invited presentations is published internationally. In 2014 he was awarded Purdue University’s Outstanding Materials Engineer of the Year and was given an Adjunct professorship at RMIT. In 2015, he became an Adjunct Senior Research Fellow at Monash University. In 2017, the faculty of Carnegie Mellon University appointed him an Adjunct Professor of Materials Engineering. John holds a B.S. in Materials Science and Engineering and an M.S. in Metallurgical Engineering from Purdue University.