The NAMRI | SME Board of Directors makes policy for the institution that represents manufacturing research leadership in industry, government and academia in North America and the world. The board is comprised of the NAMRI | SME Executive Committee (past president, president, president-elect and secretary), the Scientific Committee chair and six NAMRI | SME at-large directors. The past president of the institution is replaced on the Board of Directors by the retiring president immediately following NAMRC. 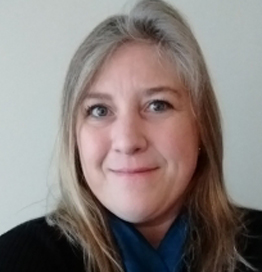 Brigid Mullany, PhD, received her bachelor's degree and doctorate in mechanical engineering from the University College Dublin in Ireland. After graduation, she received a two-year EU Marie Curie postdoctoral research position at Carl Zeiss in Germany. In 2004 Mullany joined the Department of Mechanical Engineering and Engineering Science at the University of North Carolina at Charlotte where she is a professor working in the area of surface finishing and characterization. Mullany received in the SME Kuo K. Wang Outstanding Young Manufacturing Engineer Award in 2007 and the NSF CAREER Award in 2008. She is a fellow of the International Academy of Production Engineering (CIRP) and is currently the Chair of CIRP’s Scientific Technical Committee on Surfaces. Mullany has previous served as the vice chair on the CIRP collaborative working group focused on Micro Production Process Chains (2012-14). From January 2017 to November 2019, she was a program director in the Advanced Manufacturing Program at the National Science Foundation. SME Member Since 2018 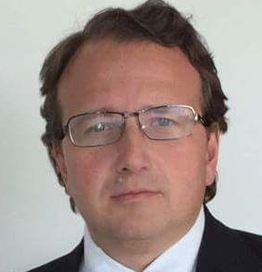 Livan Fratini, PhD, is a chair and professor in the Department of Engineering at University of Palermo, Italy. Fratini's major research areas include process engineering of metal forming and joining operations. He is a fellow of CIRP (The International Academy for Production Engineering), president of ESAFORM (European Scientific Association for Material Forming) and a fellow of AITEM (Italian Association of Mechanical Technology). Fratini has received the F.W. Taylor Medal of CIRP in 2007. He is a co-author of approximately 300 publications. SME Member Since 2014 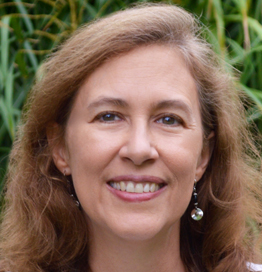 KC Morris is an internationally recognized expert in computing and engineering information systems and standards development for digital manufacturing with 30 years of experience. Her research concentrates on introducing smart technology into the manufacturing sector and developing new practices for more competitive and sustainable manufacturing. Morris leads the Information, Modeling and Testing Group in the Engineering Lab at the National Institute of Standards and Technology. Currently, she is detailed to the Office of Congressman Tom Reed as an ASME Congressional Fellow, bringing the voice of manufacturing to the halls of Congress. Morris leads the activities of the bipartisan House Manufacturing, which include legislative activities, facilitating topical briefings and sharing the manufacturing perspective. SME Member Since 2018 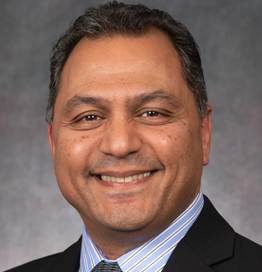 Ihab Ragai, PhD, PE, is an associate professor of engineering at the Pennsylvania State University, Erie. He is also a visiting professor at Rosenheim Technical University of Applied Sciences, Germany. His research interests include advanced manufacturing processes, cloud manufacturing, machine and tool monitoring, design optimization and materials constitutive modelling. For over 20 years, Ragai has held several positions in aerospace and heavy equipment industries. Prior to joining academia in 2013, he was a senior engineering manager at Hitachi Canada, overseeing projects related to product development, truck dynamics and fatigue analysis, structural and drive systems design, and manufacturing processes. He served as the chair and host of NAMRC 47-MSEC 2019, a director on the NAMRI | SME Board of Directors and the 2014 MESEC Technical Program chair. Additionally, Ragai is an associate editor for the “International Journal of Manufacturing Research” and a guest editor of both SME’s “Journal of Manufacturing Systems” and “Journal of Manufacturing Processes.” He is a registered professional engineer, a fellow of ASME, a research fellow of DAAD and a recipient of several national and international awards. SME Member Since 1998.

Robert X. Gao, PhD, FSME, is the Cady Staley professor of engineering and department chair of Mechanical and Aerospace Engineering at Case Western Reserve University in Cleveland. His research is in the areas of multiphysics sensing, multiresolution signal processing, machine learning and wireless communication for improving the observability of dynamical systems such as manufacturing equipment and processes. Gao has authored or co-authored more than 170 peer-reviewed journal articles, two books, several book chapters and holds 12 patents. Currently, he serves as a senior editor for the “IEEE/ASME Transactions on Mechatronics.” Gao is a fellow of the American Society of Mechanical Engineers, SME, CIRP (International Academy for Production Engineering) and the Institute of Electrical and Electronics Engineers. He is a recipient of several professional honors, including the Eli Whitney Productivity Award from SME, the Blackall Machine Tool and Gage Award from ASME, the Technical Award and Best Application Award from the Instrumentation and Measurement Society of IEEE and several best paper awards. Gao has been named one of the 20 most influential professors in smart manufacturing. SME Member Since 2005 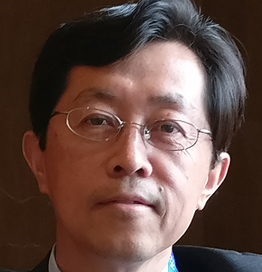 Lihui Wang, PhD, FSME, PE, is a chair professor of sustainable manufacturing at KTH Royal Institute of Technology, Sweden. His research interests are focused on cyberphysical systems, real-time monitoring and control, digital twin for predictive maintenance, human-robot collaborations, big data applications in manufacturing as well as adaptive and sustainable manufacturing systems. A Fellow of SME, Wang is actively engaged in various NAMRI | SME activities. He is the editor-in-chief of the SME "Journal of Manufacturing Systems," editor-in-chief of the "International Journal of Manufacturing Research" and editor-in-chief of "Robotics and Computer-Integrated Manufacturing." Wang is also a fellow of Canadian Academy of Engineering, CIRP and ASME, and a registered professional engineer in Canada. He has published 9 books and authored in excess of 500 scientific publications. Wang's accomplishments have won him 12 international and institutional awards. He is the chairman (2018-20) of the Swedish Production Academy. SME Member Since 1999 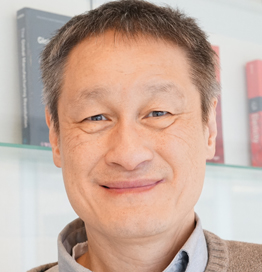 Albert J. Shih, PhD, FSME, is a professor of mechanical engineering, biomedical engineering and integrative systems plus design at the University of Michigan, Ann Arbor. In 2017, he served in the Advanced Manufacturing National Program Office as the ASME Swanson Fellow. After Shih received his doctorate from Purdue University in 1991, he worked at Cummins Inc. in manufacturing for seven years. From 1998 to 2002, Shih was in mechanical and aerospace engineering at NC State University. He joined the faculty of the University of Michigan in 2003. His research and education interests are in manufacturing, particularly in 3D printing of custom orthosis and prosthesis; soft, flexible assistive devices and robotics; clinical simulators and tissue-mimicking materials; drilling and grinding for industrial and medical applications; and novel medical devices. In manufacturing education, Shih has jointly developed courses and 3D-printing lab with the Washtenaw Community College and promotes the video-enhanced manufacturing pedagogy. He joined the 2009 Class of SME Fellows and is also fellow of ASME. SME Member Since 2002 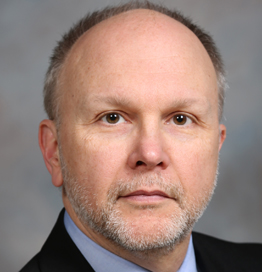 Jeffrey A. Abell, PhD, FSME, CMfgE, PE, is chief scientist for global manufacturing and director of manufacturing systems research at General Motors. He is responsible for global manufacturing research focused on vehicle electrification, lightweight systems manufacturing, automation and smart manufacturing. Abell led a research team that played a key role in bringing the Chevy Volt advanced battery to production and has held other leadership positions in product development and manufacturing at GM, Delphi and DaimlerChrysler, including two international assignments. He has written numerous technical publications, been granted several patents and has a strong track record of successful manufacturing technology implementation. Abell was twice presented with the Boss Kettering Award, GM's highest recognition for technical innovation. Since 1998, he has served in various capacities with SME such as a member of the International Awards & Recognition Committee and chair of the Accreditation Committee. Abell has been elected to SME’s North American Manufacturing Research Institution (NAMRI) Board of Directors and is an SME Fellow. He is also the vice-chair of the Industrial Advisory Council and member of the Engineering Accreditation Commission of ABET. Abell has a bachelor’s degree in mechanical engineering from GMI (now Kettering University) and graduate degrees and a doctorate in systems engineering from Oakland University. He is a licensed professional engineer. SME Member Since 2006 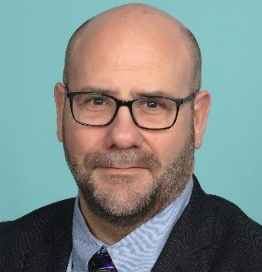 Dale R. Lombardo leads a diverse team of manufacturing technologists working across GE Aviation’s broad process and product portfolio. His team links materials to design to customers through a variety of special processes used in the manufacture of jet engines. Lombardo’s group manages the processes’ technical and quality requirements via a distributed team of hundreds of experts and practitioners across engineering and manufacturing. His team is a key part of how GE Aviation maintains high-quality standards while also leaning forward into novel special processes and process control strategies. Lombardo graduated from Rensselaer Polytechnic Institute with both a bachelor’s degree and a master’s degree in mechanical engineering with a specialization in mechatronics and controls. He has worked in a variety of manufacturing technology roles for GE including Global Research, GE Power and GE Aviation. Lombardo’s personal technical background is in machining, monitoring, surface treatment (peening) and surface finishing. He has represented himself and GE on industry task groups (Nadcap), standards boards (ASME B46.1), and various panels and paper review processes including NAMRI | SME and CIRP. Lombardo holds multiple patents in a broad array of manufacturing-related disciplines. He is also a volunteer and mentor in his local school district and supports STEM activities from elementary through graduate-level programs locally. SME Member Since 2018 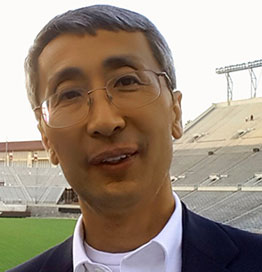 ZJ Pei, PhD, FSME, is a professor and the holder of the I. Andrew Rader Professorship II in the Wm Michael Barnes ’64 Department of Industrial & Systems Engineering at Texas A&M University. He received his PhD in mechanical engineering from University of Illinois at Urbana-Champaign. He had worked in industry for four years before joining Kansas State University. From 2012 to 2016, he served as the program director of the Manufacturing Machines and Equipment program at NSF. In 2017, he served as the Assistant Director for Research Partnerships and an ASME Foundation Swanson Fellow in the Advanced Manufacturing National Program Office at NIST. He has published more than 170 journal papers, more than 160 conference papers, and 10 book chapters. He is a fellow of ASME and SME. He received NSF CAREER award (2004), NSF Director’s Award for Excellence Program Director (2015), and the Institute of Industrial and Systems Engineers Manufacturing & Design Division Outstanding Service Award (in 2020). SME Member Since 1993. 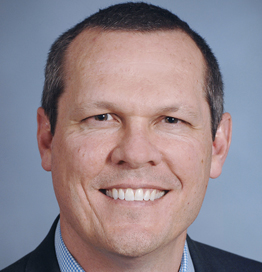 Mike Vogler is an Engineering Technical Steward at Caterpillar, focusing on machining technologies and processes. Since joining Caterpillar in 2006, Mike has progressed through several roles as a research engineer, a technical team lead, manager of a manufacturing engineering and metrology support organization, and a program manager for an enterprise manufacturing and supply chain technology R&D portfolio. Prior to joining Caterpillar, he also worked for Delphi developing material removal process simulation tools in the Machining and Manufacturing Systems group. Mike received his Ph.D. from the University of Illinois, Urbana-Champaign, in 2003. He has co-authored eight technical papers, has received two U.S. Patents, has been active in the Peoria Chapter of SME as Chapter 31 Chair and Chair of the Professional Development committee, and received the SME Outstanding Young Manufacturing Engineer Award in 2010. 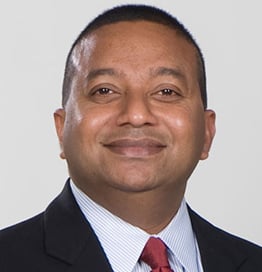 Winston F. Erevelles, PhD, is a dean emeritus and professor of engineering in the School of Science, Engineering, and Technology at St. Mary’s University where he has worked to develop significant automation, robotics, additive manufacturing, reverse engineering and manufacturing process capabilities. Previously, Erevelles was the dean of the School of Engineering, Mathematics, and Science and an associate vice president for Academic Affairs at Robert Morris University; a faculty member, laboratory director and director of the Manufacturing Engineering Program at Kettering University; and a manufacturing engineer and plant manager at Mykron Engineers, India. He currently serves as treasurer on the SME Board of Directors, SME International Director/Member Council Nominating Committee, is an adjunct accreditation director of engineering for ABET, member of the Leadership Advisory Council of the San Antonio Lighthouse for the Blind, and on the Education Committee of the San Antonio Hispanic Chamber of Commerce. Erevelles is the recipient of numerous awards, including 2015 ABET Fellow, 2011 Texas Diversity Council Individual Award, 2008 SME Education Award, 2005 Carnegie Science Center Award for Excellence, 1997 Rodes Professorship at Kettering University, 1996 SME Outstanding Young Manufacturing Engineer Award and the 1996 GMI Alumni Association Award for Outstanding Teaching. SME Member Since 1989