In honor of National Inventors Day, SME celebrates great innovators and big thinkers. Take a look at some of the most influential creations to shape the manufacturing industry and the individuals behind these inventions.

In 1983, President Ronald Reagan proclaimed the first National Inventors’ Day to honor the contributions of the many inventors whose inventions revolutionized life in the United States. #InventorsDay takes place every year on Thomas Edison’s birthday, February 11.

The American manufacturing industry benefited from the impact of these innovators who were willing to push the boundaries of thought and current technologies. This push for innovation and growth remains, with new technologies emerging that continue to challenge the industry to be better, faster, stronger and smarter.

Here is a look at some of the inventors who helped shape the American manufacturing industry.

*This is not an exhaustive list of inventors. We honor all inventors who contribute to the history and evolution of the manufacturing industry.* 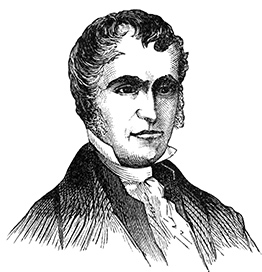 In 1794, Eli Whitney patented the cotton gin, a machine that revolutionized the production of cotton by greatly speeding up the process of removing seeds from cotton fiber. By the mid-19th century, cotton had become America’s leading export. Based in part on his reputation for creating the cotton gin, Whitney later secured a major contract to build muskets for the U.S. government. Through this project, he promoted the idea of interchangeable parts–standardized, identical parts that made for faster assembly and easier repair of various devices. For his work, he is credited as a pioneer of American manufacturing. 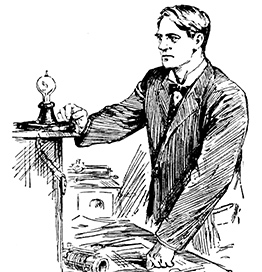 Thomas Edison is credited with inventions such as the first practical incandescent light bulb and the phonograph. He held over 1,000 patents for his inventions. As the automobile industry began to grow, Edison worked on developing a suitable storage battery that could power an electric car. Though the gasoline-powered engine eventually prevailed, Edison designed a battery for the self-starter on the Model T for friend and admirer Henry Ford in 1912. The system was used extensively in the auto industry for decades. 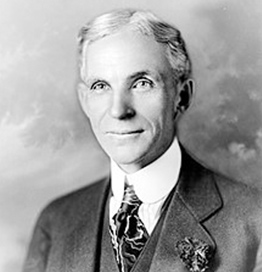 On December 1, 1913, Henry Ford installed the first moving assembly line for the mass production of an entire automobile. His innovation reduced the time it took to build a car from more than 12 hours to two hours and 30 minutes. In February 1914, he added a mechanized belt that chugged along at a speed of six feet per minute. As the pace accelerated, Ford produced more and more cars, and on June 4, 1924, the 10-millionth Model T rolled off the Highland Park assembly line. 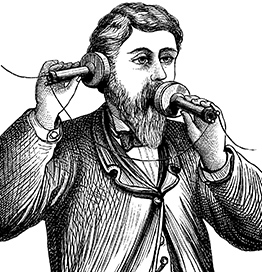 Alexander Graham Bell was one of the primary inventors of the telephone, did important work in communication for the deaf and held more than 18 patents. In 1880, Bell established the Volta Laboratory in Washington, D.C., an experimental facility devoted to scientific discovery. Later in his life, Bell became fascinated with flight and began exploring the possibilities for flying machines and devices, starting with the tetrahedral kite in 1890s. 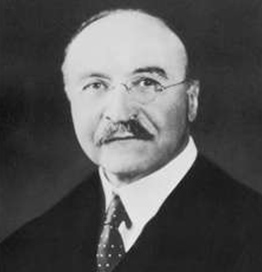 A polymeric plastic made from phenol and formaldehyde, Bakelite was one of the earliest synthetic materials to transform the material basis of modern life. It was named for its inventor, Leo Hendrik Baekeland who discovered the durable plastic in 1907. Baekeland’s inventive and entrepreneurial genius also propelled him into several other new chemical technological ventures throughout his life. 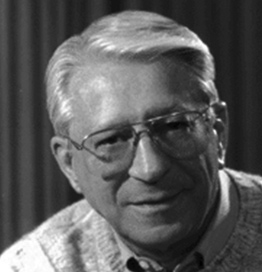 An early pioneer in the fields of NC and CAD/CAM software, Patrick J. Hanratty discovered his passion for computing and programming almost by accident, answering a newspaper ad seeking programmers in his hometown of San Diego after returning from service in the Air Force during the Korean War. Often lauded as “The Father of CAD/CAM” for his later inventions of CAD/CAM software programs, while working at General Electric in 1957, Hanratty developed PRONTO, or Program for Numerical Tooling, an early NC programming software, along with MTD, the Machine Tool Director, the first two NC programs for machine tools used in production manufacturing.

In the 1930s, George Devol began realizing the value of factory automation while working on magnetic recording technology. In 1954, he filed a patent for a robotic arm that could move with six degrees of freedom and store step-by-step digital commands on a drum or other medium. This would become the Unimate industrial robot. In 1961, the first Unimate was installed at a GM plant and carried out programmed commands to retrieve and stack hot die-cast metal pieces. Unimation soon began full scale production, expanding to include robots that could weld, print, and assemble. 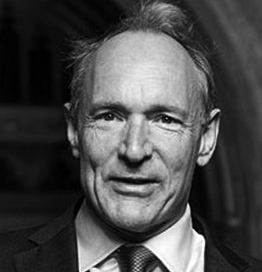 In March 1989, Tim laid out his vision for what would become the web in a document called “Information Management: A Proposal”. By October of 1990, Tim had written the three fundamental technologies that remain the foundation of today’s web: HTML, URI, HTTP. By the end of 1990, the first web page was served on the open internet. In 2009, Sir Tim established the World Wide Web Foundation. The Web Foundation is advancing the Open Web as a means to build a just and thriving society by connecting everyone, raising voices and enhancing participation. 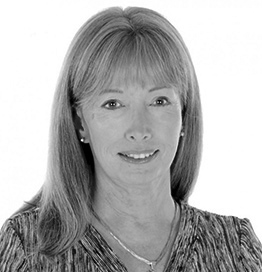 Lynn Conway, female American computer scientist, joined IBM in the mid-1960s, where she made foundational contributions to superscalar computer architecture, including the innovation of multiple-issue dynamic instruction scheduling (DIS). Lynn innovated the Internet-based rapid chip prototyping infrastructure that was institutionalized as the MOSIS system by DARPA and NSF - supporting the rapid development of thousands of chip design. Lynn's VLSI design revolution enabled her multi-issue DIS innovation from the 1960s to finally come to life in the 1990s in the Intel Pentium microprocessors and their contemporaries that greatly enhanced the power of modern computers. 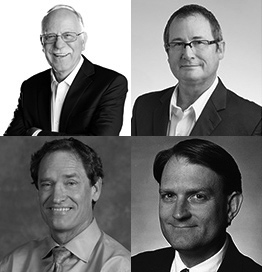 Chuck Hull designed and created the first 3D printer in 1984.  The system that Hull developed, known as stereolithography, used a beam of UV light to sketch out the shape of the object out of a vat of liquid photopolymer. While Hull’s patent covered many aspects of 3D printing, including the design and operating software, techniques and a variety of materials, other inventors would build upon the concept with different approaches.

Carl Deckard and Joseph Beaman -- a longtime SME Member -- are credited as the co-inventors of selective laser sintering (SLS). Selective laser sintering (SLS) uses lasers to bind thermoplastic powders into a shape. The most popular and most recognizable form of 3D printing is called fused deposition modeling (FDP). FDP, developed by inventor S. Scott Crump -- also a longtime SME Member -- lays down the material in layers directly onto a platform.

Collaborate on your own Inventions with SME

Are you looking to work with other manufacturing professionals on an idea or invention? Learn how SME membership can help.
Learn More about SME Membership