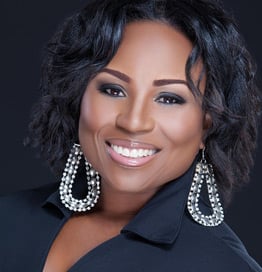 Camille Wardrop Alleyne is an American aerospace engineer and currently the Associate Program Scientist for the international Space Station at the Johnson Space Center. Born in Port of Spain, Trinidad and Tobago, Dr. Alleyne was recruited by NASA to work at the Kennedy Space Center as a flight systems engineer. she is one of the most-recognized women in aerospace engineering and one of the few women of color to serve in a senior technical management position at NASA. She founded The Brightest Stars Foundation, a non-profit organization dedicated to educating, empowering and inspiring young women to pursue careers in STEM. 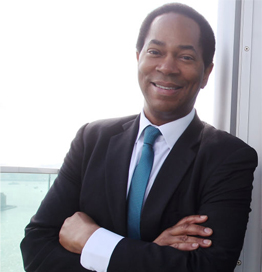 Craig Arnold is Chairman and Chief Executive Officer of Eaton Corporation. Prior to Eaton, Arnold was a member of executive leadership with General Electric. He is currently leading the charge for innovation and diversity within manufacturing. During an interview with CNBC, in response to low percentages of African Americans in executive leadership roles, Arnold stated, “Clearly, corporation leaders and the business community can do better and need to do better.” He is not only a strong leader, but he is reshaping the vision of Eaton and helping to form new ways corporations look at diversity and equality within manufacturing. 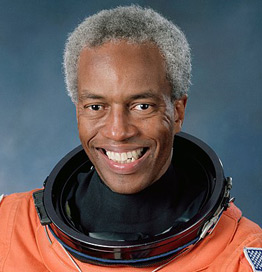 Guion Stewart Bluford Jr. is an American aerospace engineer, retired U.S. Air Force officer and fighter pilot, and former NASA astronaut, who is the first African American and the second person of African descent after Arnaldo Tamayo Méndez to go to space. Bluford was inducted into the International Space Hall of Fame in 1997,[8] the United States Astronaut Hall of Fame in 2010,[13] and the National Aviation Hall of Fame in 2019. It’s trailblazers like Bluford that demonstrate all that is possible through a career in STEM. 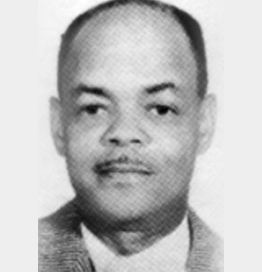 Otis Frank Boykin (1920 - 1982) was an American inventor and engineer. His inventions covered a wide range including electrical resistor technology used in televisions, radios, computers, pacemakers, and guided missiles. He has patented as many as 26 devices and was inducted into the Nation Inventors Hall of Fame. 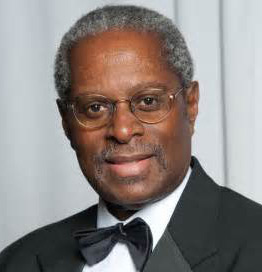 Walt W. Braithwaite is a Jamaican-born American engineer and former executive at Boeing. He played an integral role in the introduction and use of CAD/CAM and IGES technology at Boeing and in 2000 was named as Boeing's President of Boeing Africa. In 1995 he was awarded the Black Engineer of the Year. In 2017, he was honored for his contributions to aviation at the Pathfinder Awards Gala.

Charles Ward Chappelle (1872 - 1941) was an African American aviation pioneer, electrical engineer, and businessman. He won a medal for his long-distance airplane invention. He was also the president of the USA's African Union Company and the VP of the first African American airplane company. 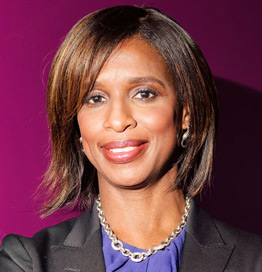 Alicia Boler Davis is the first African American woman to become a plant manager for General Motors. Davis now has become Amazon’s first African American Senior VP of Global Customer Fulfillment. She has won numerous awards including the 2018 US Black Engineer Magazine Black Engineer of the Year, 2018 Business Insider Most Powerful Female Engineers in the World and 2013 Fortune magazine Top 10 most powerful women in the automotive industry. In an interview with The Detroit News, Davis stated, “I feel that part of my purpose is to inspire people to overcome challenges…I think that if people can use my life as an example of what’s possible, I think I have a responsibility, especially for women and minorities, to do that. I take it very seriously.” 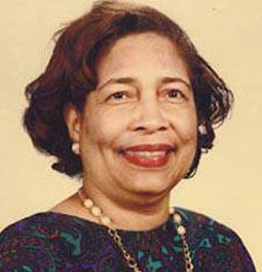 Etta Zuber Falconer (1933 – 2002) was an educator and mathematician. She spent the majority of her career at Spelman College, where she eventually served as department head and associate provost. She was one of the earliest African American women to receive a Ph.D. in mathematics. Falconer dedicated her life to teaching and was responsible for influencing many African American women to choose careers in science and mathematics. It trailblazers like Falconer that shape the future of our society as a whole. 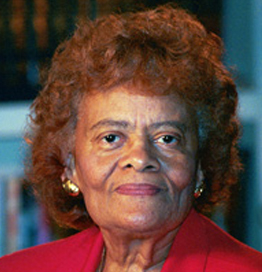 Evelyn Boyd Granville knew from an early age that she loved mathematics and thoroughly enjoyed problem solving. She is the second African American woman to receive a Ph.D. in mathematics. While working at IBM, Granville created computer software used by NASA that helped in America's early space missions. Her years as an educator helped advance science and engineering. In 2019, she was recognized by Mathematically Gifted & Black as a Black History Month Honoree. 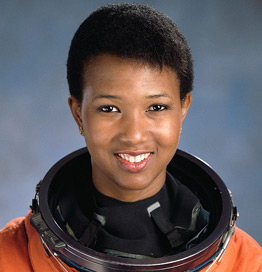 Mae Carol Jemison is an American engineer, physician, and former NASA astronaut. She became the first black woman to travel into space when she served as a mission specialist aboard the Space Shuttle Endeavour. Jemison founded the non-profit organziation, The Dorothy Jemison Foundation for Excellence (DJF) whose mission is to develop and implement teaching methods, curricula, materials and programs that foster educational experiences resulting in individuals fully able to participate and contribute effectively and beneficially to society. 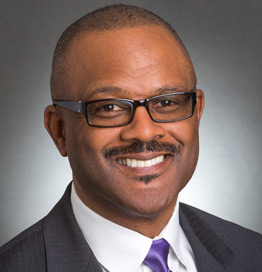 Gerald Johnson is currently the Executive Vice President, Global Manufacturing and Sustainability for General Motors. Johnson was the first Black person to lead GM’s North America manufacturing operations. Over the years, he has been recognized for his achievements within manufacturing including receiving the BEYA Black Engineer of the Year Award in 2021, The Manufacturing Leader of the Year Award from the Manufacturing Leadership Council in 2021 and the 2021 Automotive News All-Star Award for Sustainability. It’s individuals like Gerald Johnson who are leading by example showing what is possible for minorities in the workforce as well as the opportunities available with a career in STEM fields and manufacturing. 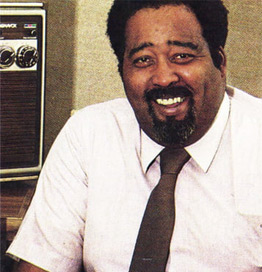 Gerald Lawson (1940 – 2011) was an American electronic engineer and video game pioneer. He is known for his work within the gaming industy designing the Fairchild Channel F video game console. He also lead the team that pioneered the commercial video game cartridge. Black Enterprise Magazine dubbed him the "father of the videogame cartridge". There is a display of Lawson's contribution to the gaming industry on permanent display at The World Video Game Hall of Fame. 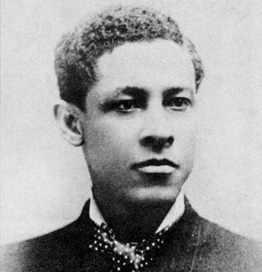 Jan Ernst Matzeliger (1852 - 1889) was an inventor best known for his shoe-lasting machine that mechanically shaped the upper portions of shoes. After years of working in the Harney Brothers Shoe factory, Matzeliger saw a better way to manufacture shoes and obtained a patent for his invention of an automated shoe laster in 1883. At the time his invention was labeled as, "the most important invention for New England." 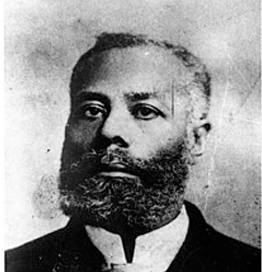 Elijah J. McCoy (1844 - 1929) was a Canadian-born inventor and engineer with 57 US patents. He is most noted for the phrase “The Real McCoy” referencing his original inventions, many of which dealt with the lubrication of steam engines. Beyond the famous catch phrase, McCoy played an integral part in the evolution of mass transit and a symbol of the importance in which the African American community has contributed to manufacturing. He is an inductee to the Nation Inventors Hall of Fame. 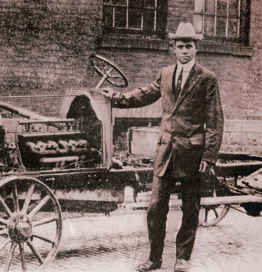 Charles Richard Patterson (1833 – 1910) was born enslaved in 1833, and escaped thirty years later settling in Greenfield, Ohio. Charles is a symbol of perseverance and determination. He became an entrepreneur and created the carriage company, C.R. Patterson & Sons. His eldest son, Frederick Douglas Patterson later transform the family business into the first African American automobile company creating the Patterson-Greenfield automobile of 1915. 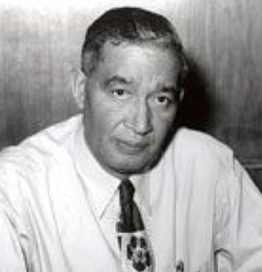 Frederick McKinley Jones (1893 - 1961) dubbed "The King of Cool" was an American inventor and entrepreneur. Not only was he an innovative creator, but Jones was a U.S. Army Veteran and co-founder of the Thermo King Corporation. During his life, Jones was awarded 61 patents. Forty were for refrigeration equipment, while others went for portable X-ray machines, sound equipment, and gasoline engines. In 1991, the National Medal of Technology was awarded to Jones. He was the first African American to receive this award. 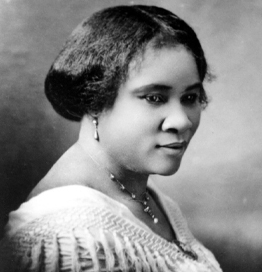 Madam C.J. Walker (1867 – 1919) Is recorded as the first female self-made millionaire in America in the Guinness Book of World Records. Orphaned at 7, married at 14, and widowed at 20, Walker’s perseverance lead to a successful business and positive reputation as an entrepreneur and philanthropist. Walker built a successful business manufacturing a line of beauty products. Throughout her life, Walker made and effort to employee both women and African Americans. The self-made millionaire used her fortune to fund scholarships for women and donated large parts of her wealth to the organizations dedicated to supporting African Americans including the NAACP, the Black YMCA and other charities. 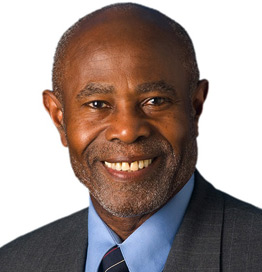 Cardinal Warde is an Electrical Engineer from Barbados. He is currently a Professor of Electrical Engineering at Massachusetts Institute of Technology (MIT). He also serves as the President of the Caribbean Diaspora for Science, Technology and Innovation (CADSTI) whose mission is to facilitate the economic and social development of the Caribbean Region through STEM. Warde is a creative thinker and inventor holding 12 patents and numerous awards and accolades. He is recognized as one of the leading international experts in optical information processing. 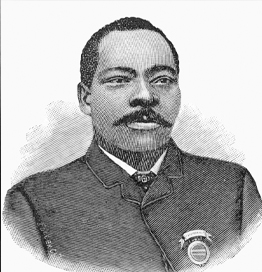 Granville Tailer Woods (1856 – 1910) was an inventor who held more than 60 patents. Referred to by some as the "Black Edison” he was the first African American mechanical and electrical engineer after the Civil War. While the majority of his work focused on trains and streetcars, Woods other contributions spanned across society providing inventions including an automatic brake, an egg incubator, and for improvements to other technologies such as the safety circuit, telegraph, telephone, and phonograph. In 2006, Woods was inducted into the National Inventors Hall of Fame.