These seven SME International Honor Award winners are recognized for their significant contributions to manufacturing in the areas of manufacturing technologies, processes, technical writing, education, research and management, and service to SME. 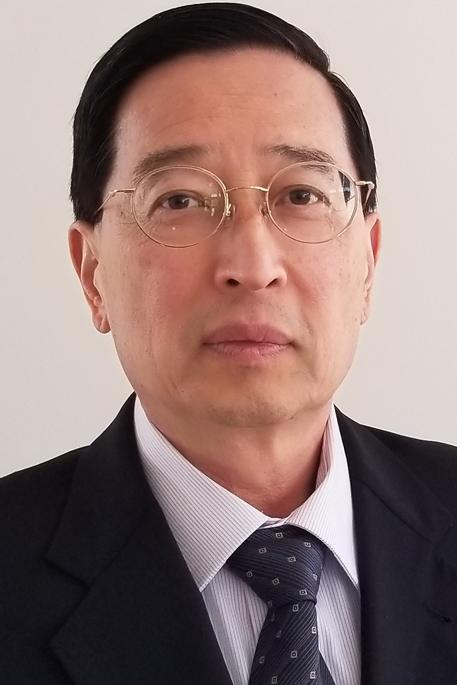 Feng received doctorate and master’s degree from the University of Wisconsin-Madison in 1987 and 1984, respectively. He received bachelor’s degree from the National Taiwan University in 1979. All are in mechanical engineering. Feng works in the Engineering Laboratory at the National Institute of Standards and Technology. His research work is focused on manufacturing metrology, specifically in the following fields: dimensional metrology and quality, manufacturing process performance measurement and tolerances for 3D models. In recent years, Feng has been working on additive manufacturing data registration and analytics. His standardization work includes inspection planning rules as part of the quality information framework standard, key performance indicators for sustainable manufacturing and 3D tolerances in product data exchange standard. Applications are in the nuclear security industry, the auto and aerospace industries, and the building and construction industry. Feng’s professional recognitions include U.S. Department of Commerce Bronze Medal Award for Leading Advances to Sustainable Manufacturing in 2020; U.S. Department of Commerce Bronze Medal Award for leading advances to standard-based data exchange between engineering, manufacturing and inspection to reduce inspection time and improve product quality in 2019; Dimensional Metrology Standards Consortium Certificate of Appreciation for significant contributions toward the ANSI/DMSC Quality Information Framework Standard v3.0 in 2019; ASTM E60 Award of Appreciation for Outstanding Leadership and Contribution Resulting in the Publication of ASTM E3096-17 in 2018; and U.S. Department of Commerce Bronze Medal Award for contributions leading to the acceptance of the STEP standard in 1993. He has numerous publications in the areas of dimensional metrology, manufacturing systems integration, manufacturing process-performance measurement, quality data modeling and additive manufacturing data registration. SME Member Since 2019 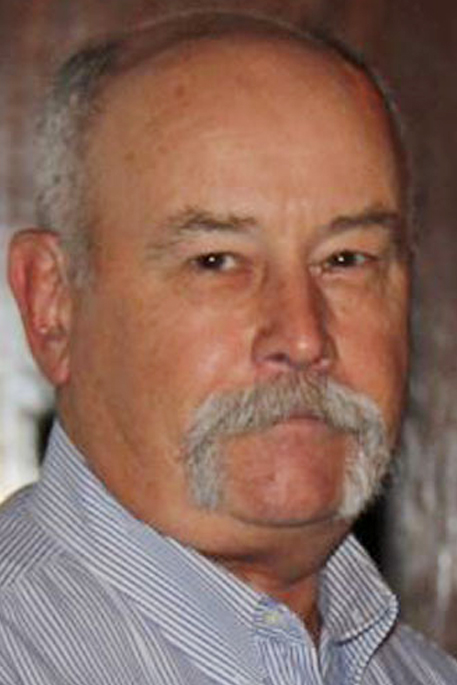 Bruce G. MacKender, LSME, is receiving the Joseph A. Siegel Service Award for his exemplary volunteer service to SME. Through his service, he has contributed selflessly to the betterment of SME and our members.

MacKender retired from SME in 2011 as a member and industry relations manager. Previously, he was a plant manager for Western Electronics/Delta Engineering (2000-02); an engineering manager for SPM Dynacast (1997-2000); and an operations manager for Accra Fab Inc. (1986-1997). As an SME staff member, MacKender applied the knowledge gained when he joined in 1986 and experience as a volunteer leader to help and engage members throughout the U.S. and Canada. Over the years, he has held numerous volunteer positions including chair of the former Portland Silicon Forest Chapter 260, chair of the Western CanAm – Region #14 and chapter liaison representative. Currently, MacKender serves as a scholarship reviewer for the SME Education Foundation. The combined knowledge of SME as a volunteer and the manufacturing experiences gained in his various sales, engineering and operations management positions held since 1974 after four years of military service, served him and SME well. MacKender was named a 2000 SME Award of Merit winner and is part of the SME President’s Circle for recruiting over 100 members. SME Member Since 1986

Ralph L. Resnick, FSME, is being honored with the Donald C. Burnham Manufacturing Management Award for his significant and successful efforts in developing effective and strategic public-private partnerships in advanced manufacturing for the U.S.

Resnick joined NCDMM in September 2008 as vice president, chief technology officer with more than 35 years of manufacturing experience. He assumed president and chief executive officer in May 2011 and led the NCDMM to win the competitive National Additive Manufacturing Innovation Institute contract. Upon award, he also assumed the role of acting director of the institute, now known as America Makes, until February 2013. In May 2019, Resnick stepped down as NCDMM president and CEO and was honored as an NCDMM fellow. He is now providing advanced manufacturing consulting. Prior to joining NCDMM, Resnick served as chief technology officer for both The ExOne Co. and Extrude Hone Corp. where he was a major contributor in establishing both organizations as leaders in advanced manufacturing, including such areas as additive manufacturing, process research and development, and technology transition to the world’s factory floors. Resnick holds several patents in manufacturing processes and metrology. He served on the SME Board of Directors and is a former chair and member of the SME International Awards & Recognition Committee and the former president of the North American Manufacturing Research Institute (NAMRI | SME). Resnick also serves on the MTConnect Institute Board of Trustees; the Advisory Board (chairman) for CANRIMT and HI-AM Networks of the Natural Sciences and Engineering Research Council of Canada; and is a member of the prestigious CIRP (International Academy for Production Engineering). He is a former board member of The Association for Manufacturing Technology; the Louisiana Center for Manufacturing Sciences; former chairman of NCDMM Board of Directors and the National Defense Industrial Association Manufacturing Division. Resnick was elected an SME Fellow in 2010 and received the NAMRI | SME Outstanding Lifetime Service Award in 2011. He has also received the 2018 NDIA Silver Medal for “superior leadership and service” and the America Makes 2019 Distinguished Collaborator Award. SME Member Since 1992 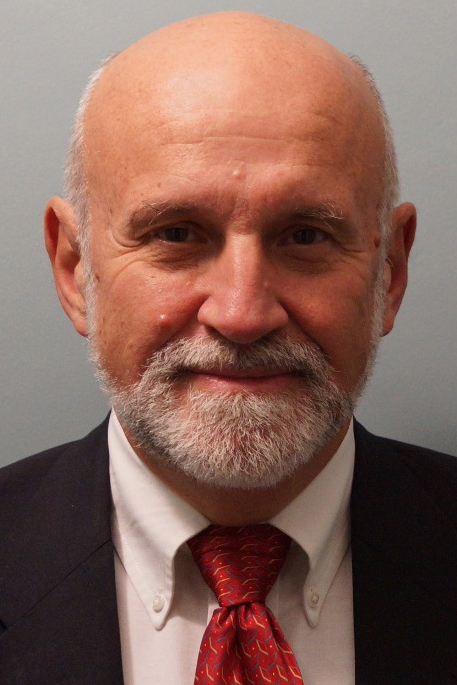 Ehmann received his bachelor’s and master’s degrees in 1970 and 1974 from the University of Belgrade, and his doctorate from the University of Wisconsin-Madison in 1979, all in mechanical engineering. He has served as a professor from 1990 — current and as an associate professor from 1985-90 at Northwestern and as an assistant professor from 1981-85 at the University of Wisconsin-Madison. Ehmann is currently emeritus editor-in-chief of SME’s “Manufacturing Letters” journal. He is a past president of the North American Manufacturing Research Institution of SME (NAMRI | SME). In 2004, he was named the James N. and Nancy J. Farley Professor in Manufacturing and Entrepreneurship at Northwestern. Ehmann received the SME Gold Medal, MED/ASME Outstanding Service Award, NAMRI | SME Outstanding Lifetime Service Award, ASME: Blackall Machine Tool and Gage Award and the ASME: Milton C. Shaw Manufacturing Research Medal. He is a fellow of SME, ASME and ISNM. SME Member Since 1982 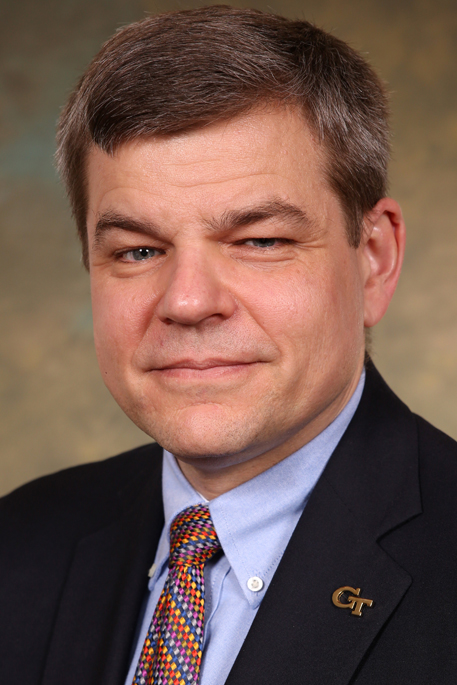 Kurfess currently serves as the chief manufacturing officer at Oak Ridge National Laboratory. During 2012-13, he was on leave serving as the assistant director for advanced manufacturing at the Office of Science and Technology Policy in the Executive Office of the President of the United States of America, where he was responsible for coordinating federal advanced manufacturing R&D. Kurfess was president of SME in 2018, and currently serves on the Board of Governors of ASME. His research focuses on the design and development of advanced manufacturing systems targeting digital manufacturing, additive and subtractive processes, and large-scale production enterprises. Kurfess is a member of the National Academy of Engineering and is a fellow of ASME, AAAS and SME. SME Member Since 1983 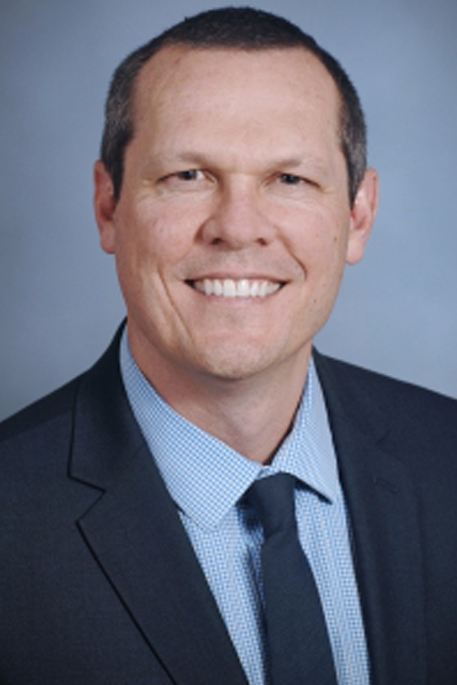 Tony L. Schmitz, PhD, FSME, is being presented with the SME Education Award for his manufacturing education leadership and service in machining science and technology, including student mentoring, publications, instruction and outreach. 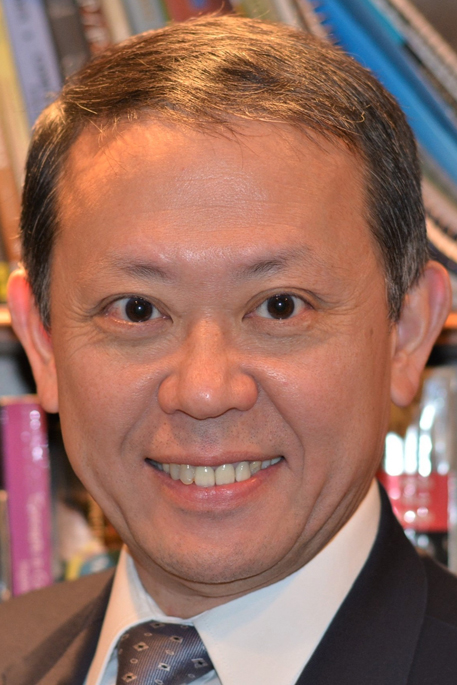 Steven Y. Liang, PhD, FSME, is the recipient of the SME Gold Medal for his significant contributions to the manufacturing engineering profession in scientific and technical communications through extensive publications and other means that have substantially expanded scientific fundamentals as well as engineering principles for the understanding and improvement of metal removal and additive manufacturing processes, equipment and quality.

Liang, from the University of California-Berkeley, is the Morris M. Bryan Jr. professor for Advanced Manufacturing in Mechanical Engineering at the Georgia Institute of Technology. He has made phenomenal contributions to manufacturing research and engineering in leadership and communications. Liang’s studies on physics-based analysis of precision machining and metal additive manufacturing have offered significantly broader fundamental understanding of manufacturing science and led to essential improvements in processes, equipment, quality and competitiveness. His seminal research outcomes have been disseminated in a very large number of books and archival publications, in addition to numerous keynotes and seminars worldwide. Liang served as president of NAMRI | SME, chair of MED/ASME, organizer of flagship international conferences and is technical editor of the “International Journal of Precision Engineering and Manufacturing,” editor-in-chief of the “Journal of Manufacturing and Materials Processing” and in many other professional leadership capacities, contributing greatly to the excellence of manufacturing science and engineering. SME Member Since 1988