Since 1986, the SME College of Fellows has honored those members who have made outstanding contributions to the social, technological and educational aspects of the manufacturing profession. These seven industry professionals have earned this highly prestigious honor through 20 years or more of dedication and service to manufacturing.

Khershed P. Cooper, PhD, FSME, is a program director for advanced manufacturing in the Civil, Mechanical and Manufacturing Innovation Division of the Engineering Directorate at the National Science Foundation. Cooper directs basic research activities in advanced manufacturing. He also serves as a program officer for the Engineering Research Centers, Emerging Frontiers in Research and Innovation, Critical Aspects of Sustainability, Network for Computational Nanotechnology and National Nanotechnology Coordinated Infrastructure programs. Cooper is an NSF representative for the National Science and Technology Council's Nanoscale Science Engineering and Technology Subcommittee. He contributes to the development of the Manufacturing USA Institutes. Prior to joining NSF, Cooper was a program officer for manufacturing science at the Office of Naval Research and a senior metallurgist at the Naval Research Laboratory. His first appointment was as scientist II at Olin Metals Research Laboratory. Cooper received his master’s degree and a doctorate from the University of Wisconsin-Madison. Cooper has over 200 invited talks, 70 contributed presentations, 150 publications, one book and one patent. He has sponsored and participated in international studies, symposia and workshops in various areas of advanced manufacturing, specifically, additive, nano and micromanufacturing. Cooper is a member of ASM International, SME, TMS and MRS, a fellow of ASM International and a recipient of its prestigious Burgess Memorial Award. SME Member Since 2019 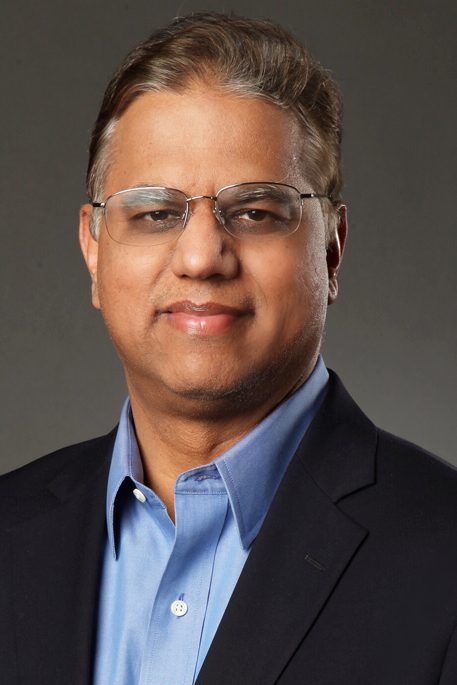 Satyandra K. Gupta, PhD, FSME, is the Smith international professor in the Department of Aerospace and Mechanical Engineering and Department of Computer Science in Viterbi School of Engineering at the University of Southern California. He served as a program director for the National Robotics Initiative at the National Science Foundation from September 2012 to September 2014. Gupta's interests are in the area of physics-aware decision making to facilitate and advance the state of automation. He has published more than 350 technical articles. Gupta is a fellow of the American Society of Mechanical Engineers, Institute of Electrical and Electronics Engineers and SME. He serves as editor of the “ASME Journal of Computing and Information Science in Engineering.” Gupta has received numerous honors and awards for his scholarly contributions. Representative examples include a Young Investigator Award from the Office of Naval Research in 2000; Robert W. Galvin Outstanding Young Manufacturing Engineer Award from SME in 2001; CAREER Award from the National Science Foundation in 2001; Presidential Early Career Award for Scientists and Engineers in 2001; Invention of the Year Award at the University of Maryland in 2007; Kos Ishii-Toshiba Award from ASME in 2011; Excellence in Research Award from ASME Computers and Information in Engineering Division in 2013; and Distinguished Alumnus Award from the Indian Institute of Technology, Roorkee in 2014. He has also received 10 best paper awards at international conferences. SME Member Since 1993 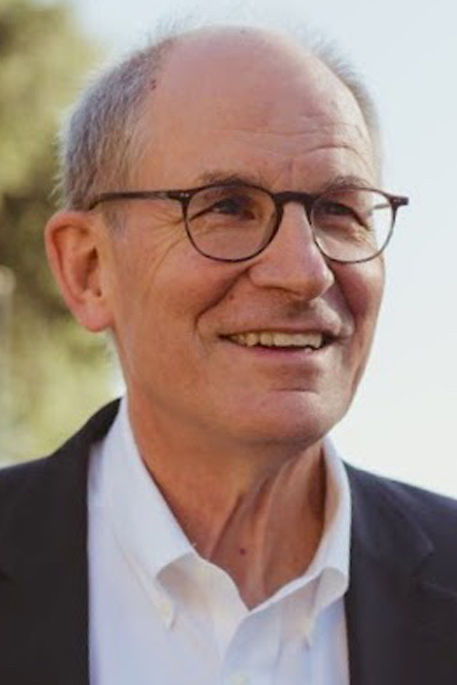 David E. Hardt, PhD, FSME, has been a member of the Mechanical Engineering faculty at MIT since 1979. He has served as director of the MIT Laboratory for Manufacturing, engineering co-director for the MIT Leaders for Manufacturing Program, MIT co-chair of the Manufacturing Systems and Technology Programme of the Singapore MIT Alliance and associate department head for Mechanical Engineering. Hardt was also the co-principle investigator for the NST/DOE Next Generation Manufacturing Project. His teaching includes basic manufacturing processes, control systems and advanced process control. Hardt’s research has focused on advanced process control and novel processes, with application to processes ranging from welding and sheet metal forming to microembossing, soft lithography, and most recently, large-scale additive manufacturing. He led the creation of a professional graduate degree at MIT, the “Master of Engineering in Advanced Manufacturing and Design” and recently the development of an EdX MicroMaster credential in the “Principles of Manufacturing” that involves a full semester equivalent to the MIT Master of Engineering in Manufacturing degree. Hardt currently serves on the technical advisory board of three companies: Digital Alloys, Industrial ML and MyTide Therapeutics. SME Member Since 2000 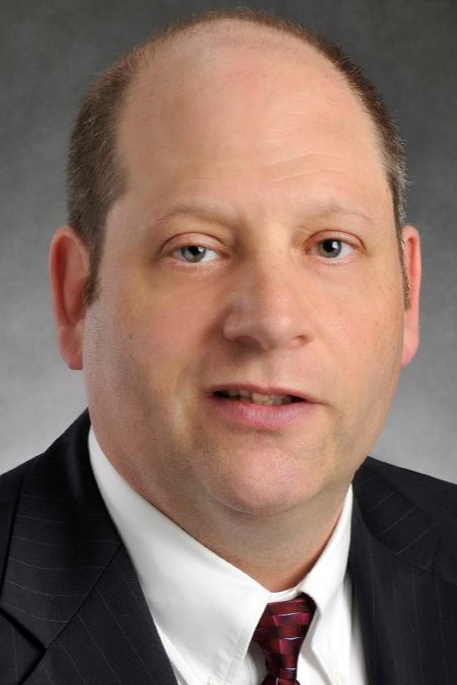 Jeffrey L. Miller, PhD, FSME, CMfgE, PE, is a senior technical fellow in production engineering at The Boeing Co. He currently leads the Boeing Enterprise Automation Team and Boeing Automation Industry Consortium and has extensive experience in leading innovative technology development through production system implementation. Prior to this role, Miller was in Boeing Research & Technology with assignments in composite fuselage technology and assembly development. Before joining the Boeing Technical Fellowship, he held senior management positions in technology integration for the 787 Dreamliner Program with responsibility for managing the extensive technology portfolio. Miller also led capital equipment and facilities integration for the 787, which was performed in cooperation with a global alliance. Prior to joining Boeing Commercial Airplanes, he led the design, construction and activation of launch facilities for the Boeing Delta IV rocket program at Cape Canaveral Air Force Station in Florida and Vandenberg Air Force Base in California, including planning and activation for the 1.5 million square foot Delta rocket factory in Decatur, Alabama. Miller currently teaches courses in composites materials and processes, manufacturing and technical leadership. He has a doctorate in mechanical engineering and an MBA from the University of Washington, is a registered professional engineer and an SME certified manufacturing engineer. SME Member Since 1990

William H. "Bill" Peter, PhD, FSME, is the director of the Department of Energy’s Manufacturing Demonstration Facility at Oak Ridge National Laboratory. The Manufacturing Demonstration Facility, established in 2012, is the Department of Energy’s only designated user facility focused on performing early-stage research and development to improve the energy and material efficiency, productivity and competitiveness of American manufacturers. Peter currently leads research that is focused on manufacturing analysis and simulation, composites and polymer systems, metal powder systems, metrology and characterization, machine tooling, large-scale metal systems, and robotics and automation. Prior to directing the MDF, he led approximately 80 people in joining research, metal and ceramic processing, carbon fiber and composites, energy storage, separations and additive manufacturing for ORNL’s Materials Science and Technology Division. Peter has led the initiation of approximately 20 to 30 new R&D projects each year with industry and has been involved in over 190 partnerships with industry since the inception of the MDF. His own personal research has been in the materials science and manufacturing of titanium components from low-cost powders, fabrication and performance of amorphous alloys and nanocomposite materials, refractory cladding of steels, consolidation of icosahedral aluminum alloys and improving the formability of titanium and magnesium sheet. Peter has been the author or co-author for 60 peer-reviewed articles and technical reports and has won six "R&D 100" magazine awards for research in advanced manufacturing including titanium powder consolidation, consolidation and deposition of nanocomposite and glassy alloys, new shear rolling technologies and additive manufacturing developments. Last year alone, he oversaw the execution of 6,200 visits, ~70 publications and reports, 17 honors and awards and the initiation of $100M in collaborative research projects with industry. Peter received his bachelor's degree from Vanderbilt University in 1996, and his master's degree and a doctorate from the University of Tennessee in 2002 and 2005, respectively. SME Member Since 2018 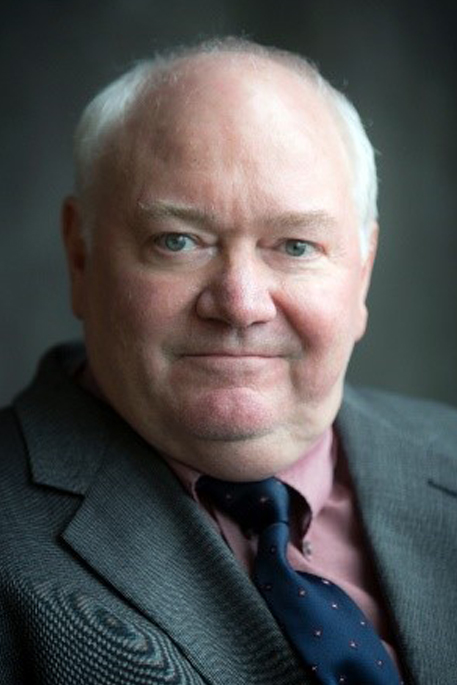 Daniel G. Sanders, PhD, FSME, started his career in aerospace as a machinist over 40 years ago. He has always been a strong advocate of lifelong learning and is currently an affiliate professor for the Mechanical Engineering Department at the University of Washington. Sanders completed a bachelor's degree and a master's degree in engineering at the University of Washington; technology degree at Central Washington University and a doctorate in mechanical engineering at the University of Washington in 2008, all while working full-time at Boeing. He is a senior technical fellow for Boeing Research & Technology, working to develop innovative titanium manufacturing technologies for aircraft using processes such as friction stir welding, laser welding, superplastic forming, diffusion bonding, linear friction welding and various additive manufacturing processes. Sanders’ most recent work has been with other international experts to adapt cavitation peening as a means of treating the surface of metal parts with compressive residual stress to help prevent the initiation of fatigue cracks. SME Member Since 1991

Anil K. Srivastava, PhD, FSME, is Star professor in the Department of Manufacturing and Industrial Engineering at the University of Texas Rio Grande Valley. He received his bachelor’s degree in mechanical engineering from G.B. Pant University of Agriculture and Technology, Pantnagar, India, master’s and doctorate degrees in mechanical engineering from the Indian Institute of Technology, Kanpur, India. Before joining UTRGV in 2013, Srivastava served TechSolve Inc., Cincinnati, for 18 years in various capacities, finally working as chief technology officer. He led several high-impact projects in precision machining, tooling, grinding and process optimization collaborating with GE Aviation, Boeing, Northrop Grumman, Lockheed Martin and General Motors. Srivastava received more than $18 million dollars funds from industries and federal agencies (NIST, DoD, NSF and AFRL) for research in advanced manufacturing. Being in the industry for 18 years, it is difficult to publish research papers; however, his research led to over 80 publications in peer-reviewed international journals and conference proceedings, 85 technical reports to industry and four articles in international magazines. Srivastava is a member of international technical organizations such as SME, ASME and CIRP. He served on the NAMRI | SME Board of Directors from 2010-13. Srivastava has been an invited speaker in the USA, Brazil, China and India. SME Member Since 1996