Amit Bandyopadhyay, PhD, FSME, is the Herman and Brita Lindholm endowed chair and professor in the School of Mechanical and Materials Engineering at Washington State University. Bandyopadhyay conducts research in the areas of additive manufacturing or 3D printing of advanced materials. His current research is focused on metal additive manufacturing, biomedical devices and multimaterials structures. He has published over 300 papers, coauthored three textbooks and holds 19 issued patents. Bandyopadhyay has supervised 30 master's degrees and 18 doctorate students. He has received over $13 million in funding support from agencies such as the National Science Foundation, the Office of Naval Research, the W.M. Keck Foundation and the National Institutes of Health. Bandyopadhyay is the recipient of several prestigious awards, including the Young Investigator Program Award from ONR and the CAREER Award from the NSF. He is a fellow of the American Association for the Advancement of Science, American Ceramic Society, American Society for Materials, American Institute for Medical and Biological Engineering, the National Academy of Inventors and a member of the Washington State Academy of Sciences. Originally from Calcutta, India, Bandyopadhyay holds a doctorate in materials science and engineering from the University of Texas at Arlington. SME Member Since 2000 Craig Blue, PhD, FSME, is the director of Energy Efficiency and Renewable Energy Programs for the Energy and Environmental Sciences Directorate at Oak Ridge National Laboratory and the founding director of ORNL’S Manufacturing Demonstration Facility. Blue's pioneering spirit brings a rich background as both a researcher and scientific leader to his new position. He has more than 21 years of experience in conducting research in materials and manufacturing technologies, has authored nearly 100 open-literature publications, holds 15 U.S. patents and has received multiple awards including 10 R&D 100 Awards. Blue has served by invitation on numerous scientific and technical review panels, committees and convocations convened by the National Science Foundation, the Council on Competitiveness, Manufacturing USA and the National Academies of Sciences and Engineering. He is a Battelle Distinguished Inventor, fellow of SME and ASM International, holds faculty appointments at the University of Tennessee, University of North Texas and the Colorado School of Mines. In his most recent role, Blue served as the chief executive officer of the Institute for Advanced Composites Manufacturing Innovation, an institute within the White House’s Manufacturing USA. SME Member Since 2018 Andrew M. “Andy” Christensen's, FSME, career has focused on developing and expanding the medical applications of 3D printing. As an undergraduate, Christensen studied business at the University of Colorado at Denver. His first introduction to 3D printing was through the stereolithography process in 1993, shortly thereafter beginning to work with surgeons in facilitating better surgical planning through use of these technologies. From 2000-14, he was the founder and president of Medical Modeling Inc., a medical device-focused 3D printing service bureau. Medical Modeling created entirely new toolsets in the areas of patient-specific anatomic modeling, virtual surgical planning, personalized surgical guides and was one of the first to apply metal 3D printing to orthopedic implant applications. These tools were used to provide personalized surgical care to tens of thousands of patients. In April 2014, Medical Modeling was acquired by 3D Systems; Christensen left 3D Systems in 2015 to pursue other interests. He has been actively involved with SME for many years including serving as chair of the Additive Manufacturing Community in 2011. In 2009, Christensen was a recipient of SME's Industry Achievement Award. Today, he holds the position of adjunct professor in the Department of Radiology at the University of Ottawa in Ontario, Canada. In November 2018, Christensen was elected to the executive committee of the Radiological Society of North America 3D Printing Special Interest Group. He is also an associate editor for the clinical journal “3D Printing in Medicine,” published by BMC. SME Member Since 1998 Brian K. Paul, PhD, FSME, is a professor of Manufacturing Engineering at Oregon State University where he teaches manufacturing process design and performs experimental and computational studies in materials joining, thin-film deposition and hybrid additive manufacturing. His collaborative publications on the scale-up of nanomaterial synthesis and deposition are on SME's Innovations That Could Change the Way You Manufacture watch list. Paul has authored more than 110 refereed publications, received 12 U.S. patents (six licensed) and helped 15 companies advance micro and nanotechnologies toward the marketplace, four formed from work with his graduate students. Several of his joint patents established the core for a spin-out, which, in 2010 received the largest first-round venture capital funding in the history of Oregon. In 2013, Paul was invited to serve as the assistant director of technology within President Obama’s Advanced Manufacturing National Program Office, to help devise a federal strategy to overcome industry impediments to manufacturing innovation, now known as Manufacturing USA. After his return to OSU, Paul helped establish the Rapid Advancement of Process Intensification Deployment (RAPID) Manufacturing Institute within Manufacturing USA where he is lead of the Module Manufacturing technology focus area. Paul is a fellow of SME and ASME. SME Member Since 1985 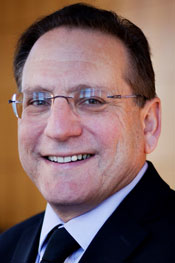 Alan I. Taub, PhD, FSME, received a bachelor's degree in materials engineering from Brown University in 1975, and master's and doctorate degrees in applied physics from Harvard University, in 1975 and 1979, respectively. Taub joined the faculty of Materials Science and Engineering at the University of Michigan in 2012 where he conducts research in advanced materials and processing, while also serving as a senior technical advisor for the Manufacturing USA Institute, Lightweight Innovations for Tomorrow. He retired from General Motors as vice president for global research and development in 2012. Before joining GM, Taub worked at Ford Motor Co. (1993 to 2001) and General Electric (1979-93). He has earned 26 patents and authored more than 70 papers and book chapters. Taub was elected to the NAE in 2006, has served as an NAE Councillor since 2016 and held positions on several NAE committees. Taub also serves on the boards of startups Cell Era and BrightwayVision; is on advisory committees for Samsung and Bocar; is a technical advisor for Auto Tech Ventures; is on the ASM Silver Medal Committee; previously served as chair for the Visiting Committee on Advanced Technology for the National Institute of Standards and Technology; and was a member of The Minerals, Metals & Materials Society Energy Materials Blue Ribbon Panel. He also serves on advisory boards for the Massachusetts Institute of Technology, the University of California, Berkeley and SIMTech. Taub was named a TMS fellow in 2019, received the Acta Materialia Materials & Society Award in 2011, the Materials Research Society’s Special Recognition Award in 2004, Woody White Service Award in 2002 and Brown University’s Engineering Alumni Medal in 2002. SME Member Since 2016 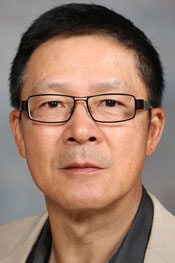 Guoxian Xiao, PhD, FSME, received his bachelor's degree in mechanical engineering and master's degree in manufacturing engineering from Northeastern University, Shenyang, China, in 1982 and 1984, respectively, and doctorate in mechanical engineering from the University of Massachusetts, Amherst, in 1995. He is a technical fellow at General Motors Research and Development Center. With GM since 1997, Xiao has led many high-impact projects on the research and development of advanced technologies including machining processes, real-time control and optimization for manufacturing systems, intelligent maintenance and analytics for productivity and welding processes for composite vehicle component assembly. Recently, he has been focused on integrated productivity and quality enabled by smart manufacturing tools and models. Xiao has received five Boss Kettering Awards, ASME Blackall Machine Tool and Gauge Award, has seven U.S. patents and authored more than 150 technical papers for journals and conferences. SME Member Since 2018