Dr. Diana Bauer is currently Senior Technical Manager for strategy at DOE’s Advanced Manufacturing Office. Among her responsibilities is providing leadership and coordination for cross-DOE initiatives addressing energy storage, water, and critical materials. Prior to joining AMO, she directed the Office of Energy Systems Integration Analysis within the Department of Energy (DOE)’s Office of Policy, where she and her staff analyzed and addressed complex, urgent systems issues in technology, policy, and markets. She was the lead author of The Water-Energy Nexus: Challenges and Opportunities, which was published by DOE in 2014. Also, in the policy office, she led the drafting of DOE’s 2010 and 2011 Critical Materials Strategy Reports. Before coming to DOE, Dr. Bauer led the extramural sustainability research program at the Environmental Protection Agency (EPA), which focused on green engineering, green chemistry, green buildings, and transportation systems. Dr. Bauer originally came to EPA as a AAAS Fellow. She focused on green design and manufacturing for her Ph.D. in mechanical engineering from U.C. Berkeley. 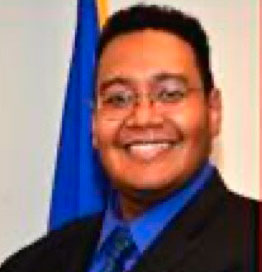 Sofi Bin-Salamon received his PhD in Chemistry at North Carolina State University in 2005. He then served as a National Research Council Research Associate in the Chemistry Division at US Naval Research Laboratory where he developed nanoelectronic materials. Afterwards, he expanded his work on materials chemistry to include photodynamic therapy. This was initially performed in the Department of Chemistry at Texas A&M University and later continued at the Radiation Oncology Branch within the National Cancer Institute/National Institutes of Health. Sofi has served as an American Association for the Advancement of Science Fellow and Program Manager at the AFOSR International Office. He currently is the Program Manager of the AFOSR Biophysics program. 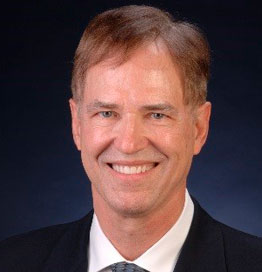 Frank W. Gayle is Deputy Director of the interagency Advanced Manufacturing National Program Office, which is headquartered at the National Institute of Standards and Technology (NIST). This office coordinates federal activities in advanced manufacturing, and is the Congressionally-designated National Program Office for Manufacturing USA®. His past roles at NIST include serving as Division Chief of the NIST Metallurgy Division, where he focused on measurement needs for industry. Frank also led the team of technical experts on the forensics of structural steel in the Congressionally mandated NIST investigation of the World Trade Center disaster on September 11, 2001. Prior to joining NIST, Frank spent 11 years in the aerospace industry. He is a Fellow of SME and ASM International, and a Member of the World Economic Forum - Global Future Council on the Future of Manufacturing. Frank earned an Sc.D. in Materials Science from the Massachusetts Institute of Technology, and degrees in Civil and Mechanical Engineering from Duke University. 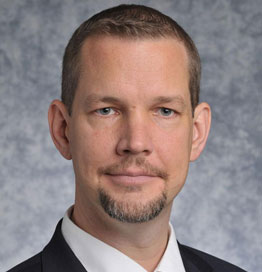 Dr. Robert W. Ivester currently serves as the Deputy Director of the Hollings Manufacturing Extension Partnership (MEP) Program at the National Institute of Standards and Technology. The MEP National NetworkTM focuses its expertise and knowledge as well as that of its partners (industry, educational institutions, state governments, NIST and other federal research laboratories and agencies) on providing U.S. manufacturers with information and tools they need to improve productivity, assure consistent quality, accelerate the transfer of manufacturing technology and infuse innovation into production processes and new products.

Dr. Ivester served at the Department of Energy for seven years, most recently as Director of the Federal Energy Management Program (FEMP) in the Office of Energy Efficiency and Renewable Energy. FEMP oversees the implementation of policy and actions that result in energy efficiency implementation, renewable energy adoption, and reduction in energy and water use in federal government operations. Dr. Ivester also served in the Advanced Manufacturing Office (AMO) for six years. During that time, AMO launched five Manufacturing USA Institutes, the Critical Materials Hub, and hundreds of small R&D and technical assistance projects across the Nation. He also worked at the National Institute of Standards and Technology for over 16 years, leading and performing research in advanced manufacturing. He has been an instructor for the Johns Hopkins University Engineering for Professionals program for graduate-level studies in manufacturing engineering since 2001. He is a Fellow of SME and a Fellow of the American Society of Mechanical Engineers. He received his doctorate in engineering and a Bachelor of Science in Mechanical Engineering and Master of Science in Manufacturing Engineering from the University of Massachusetts at Amherst. 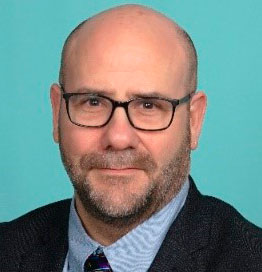 Dale Lombardo leads a diverse team of manufacturing technologists working across GE Aviation’s broad process and product portfolio. His team links materials to design to customers through a variety of Special Processes used in the manufacture of jet engines. Dale’s team manages the processes’ technical and quality requirements via a distributed team of hundreds of experts and practitioners across engineering and manufacturing. His team is a key part of how GE Aviation maintains high quality standards while also leaning forward into novel special processes and process control strategies. Dale graduated from Rensselaer Polytechnic Institute with both BS & MSME with a specialization in Mechatronics & Controls. He has worked in a variety of Manufacturing Technology roles for GE including Global Research, GE Power, and GE Aviation. Dale’s personal technical background is in Machining, Process Monitoring, Surface Treatment (peening), and Surface Finishing. Dale has represented himself and GE on industry task groups (Nadcap), standards boards (ASME B46.1), and various panels and paper review processes including NAMRI and CIRP. He holds multiple patents in a broad array of manufacturing related disciplines. Dale lives in upstate New York where he is also a volunteer and mentor in the local school districts and supports STEM activities from elementary through graduate level programs locally. 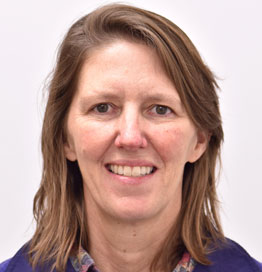 Kristy Pottol works at DEKA Research and Development to speed health security projects for Health and Human Services priorities. Kristy comes to DEKA after a long career serving the Department of Defense. Recent highlights include Regenerative Medicine Project Manager and development of an advanced tissue biofabrication Manufacturing USA program. Kristy is a certified Defense Acquisition Professional Program Management Level 3 and Project Management Professional. She has worked in project management, biotechnology product development, FDA quality systems, business operations, and strategic communications for over 15 years and has an extensive and varied background in product development projects for militarily-relevant medical solutions from vaccines to devices. Kristy is a former US Navy Hospital Corpsman. She holds a MBA from Regis University, a MS in Accounting with emphasis on Information Systems from the UNC Wilmington, and a BS Physics with an emphasis in biophysics from East Carolina University.

Ms. Adele Ratcliff is currently the Director of the Industrial Base Analysis & Sustainment Program (IBAS) Program within the Office of the Deputy Assistant Secretary of Defense for Industrial Policy (IndPol). During her tenure in the Office of the Secretary of Defense, she has focused on building strong interagency partnerships to address broad transition of manufacturing issues, such as manufacturing readiness and the Advanced Manufacturing Enterprise. Her current position uses the broad authorities of the IBAS program element to enable a modern Industrial Base that integrates traditional and emerging sectors to be able to respond at will to National Security Requirements. Most recently, as the Director of the DoD Manufacturing Technology (ManTech) Program, Ms. Ratcliff led the effort in establishing the DoD’s national Manufacturing Innovation Institutes (MIIs), now known as Manufacturing USA Institutes, outlined in the President’s 2013 State of the Union address.

Ms. Ratcliff’s long acquisition career has included serving as Program Manager for the congressionally mandated Defense Acquisition Challenge Program, Deputy Program Manager for the Foreign Comparative Test Program, and more than eleven years in Air Force Test and Evaluation at Eglin Air Force Base in Florida. As Test Manager, she guided the Air Force’s Wind Corrected Munitions Dispenser test program (better known as WCMD), from prototype through the production and deployment phase of the Platform, earning her the Air Force Materiel Command Test Engineer of the Year Award. More importantly, her efforts transitioned this Platform to support the Warfighter in the initial phases of Operation Enduring Freedom. She is a proud alumnus of the Mississippi State University Bulldogs, earning a BS in Mechanical Engineering in 1988. In 2011 she graduated from the U.S. Army War College (in-residence) earning a MS in Strategic Art and graduated from the Department of Defense’s Defense Senior Leadership Development Program (DSLDP). She received the SECDEF Award for Excellence for her support of the Pilot Institute for Additive Manufacturing in March 2013. 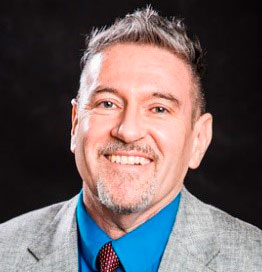 Phillip Szuromi is a Deputy Editor based in the Washington, DC, office of Science Magazine. His areas of responsibility are the review and publication of papers primarily in chemistry, physics, applied physics, and materials science, but he also handled papers in biochemistry, molecular biology, structural biology, and atmospheric science. He also works in the Insights section of the magazine, where he handles Perspectives, which are short pieces written by outside scientists summarizing key new research. 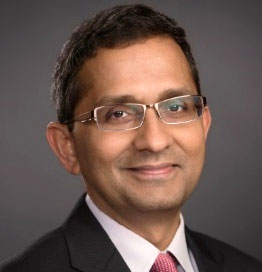 Anand Tanikella is currently the worldwide Vice President of R&D for Saint Gobain Abrasives based in Massachusetts, USA. Prior to this, Anand was the founding Director of Saint Gobain Research India, a newly setup 7th transversal R&D center in Chennai, India. Anand joined Saint-Gobain in 1996 in USA as a Senior Research Engineer in Saint Gobain North American R&D Center in Northborough, MA in Boston area. He held various positions with increasing responsibilities during the past 21 years conducting breakthrough R&D in technologies related to ceramics, abrasives, plastics and various construction materials. He is passionate about Technology management and bringing out profitable Innovations, as well as about influencing the Impact of Engineering Education on Industrial Innovation. Anand received a Ph.D. in Materials Science & Engineering and Precision Engineering from North Carolina State University in 1996 and a B.S. in Mechanical Engineering from Andhra University, India. He has authored numerous international journal publications and holds over 15 patent families with several in process. Throughout his career, he has been active in technology education and was a part time faculty member at Northeastern University in Boston, Massachusetts. 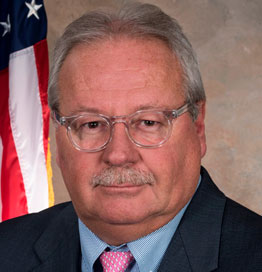 John Vickers serves as the principal technologist in the area of advanced materials and manufacturing within the Space Technology Mission Directorate at NASA Headquarters. He also serves as the associate director of the Materials and Processes Laboratory at the NASA Marshall Space Flight Center and as the manager of NASA’s National Center for Advanced Manufacturing with operations in Huntsville, Alabama and New Orleans, Louisiana. He has over 30 years of experience in materials and manufacturing -- research and development, engineering, and production operations for propulsion, spacecraft, and scientific space systems. As principal technologist, he leads the nationwide NASA team to develop advanced manufacturing technology strategies to achieve the goals of NASA’s missions. He is the Agency representative to the National Science and Technology Council, Subcommittee on Advanced Manufacturing and the Subcommittee on Critical and Strategic Mineral Supply Chains. He is a founding member of the Manufacturing USA - National Network for Manufacturing Innovation program and the Interagency Advanced Manufacturing National Program Office. His many awards include NASA’s Exceptional Achievement Medal, NASA’s Outstanding Leadership Medal and the AIAA Holger Toftoy award. He is a fellow of SME. He holds a Bachelor of Science in Engineering from the University of Alabama in Huntsville. 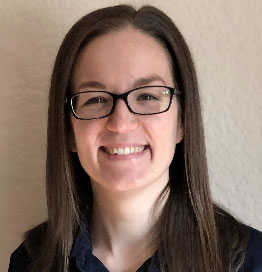 Jessica Watkins is a production engineer for Boeing Commercial Airplanes developing engineering methods for production system design and analysis. She holds a patent in composite laminate composite wing structures and a trade secret for a novel software tracking method in the production system. Jessica has worked in production on wide body airplane major structure joins and in product development on new and derivative development programs. Her primary focus is on modeling and analysis of the product and of the production system. She is a member of the American Society of Mechanical Engineers and is a certified Geometric Tolerancing and Dimensioning professional. Jessica has earned a professional certificate from the Massachusetts Institute of Technology in Architecture and Systems Engineering and holds a B.S. in Mechanical Engineering Technology from the Rochester Institute of Technology.